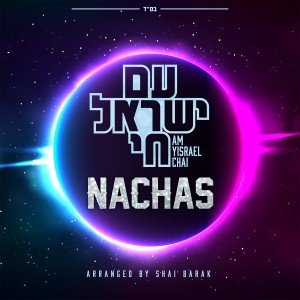 With over 1 million cumulative views on YouTube, NACHAS has been at the forefront of today’s cutting edge music scene. Having released mega hits such as Badaboom, Feel The Music and Ah Simcha to mention a few, this Thursday NACHAS hopes to impress once again.

On Feb 12, 2016 NACHAS released his next mega hit song Am Yisrael Chai (available on iTunes and the Google Play Store) and with his unique signature style it took the world by storm. After 3 months of long and hard work the Music Video is ready!