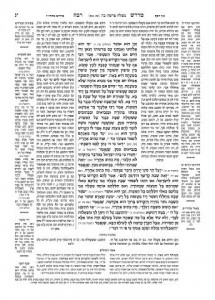 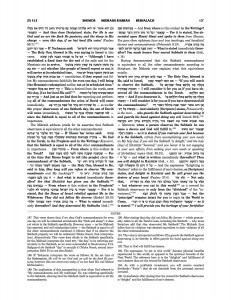 Hot off the release of CD Eichler’s first ever all music album comes the hit song Osim Teshuva, written by Elie Schwab and performed by Dovid Gabay. Elie’s name has graced a number of albums in recent years, including Yaakov Shwekey’s last three albums as well as those of Michoel Pruzansky, Dovid Gabay, Beri Weber, Ohad, Kinderlach, Israeli superstar Gad Elbaz and Itzik Eshel, and he takes a few minutes to share some thoughts with JMR readers.

How did you come to compose this song?

A few months ago, on Erev Shabbos Parshas Beshalach, I received an email from my friend Menachem Butler as part of his periodic dispatch to friends and colleagues. In this email, he introduced the listserv to Artscroll’s recent edition of Midrash Rabbah. As a sample, he attached eight pages of what he termed one of his “favorite midrashic selections”—The Giving of The Shabbos. Reading it over Shabbos, I was delighted to find the source for the MBD classic, Just One Shabbos. But I also discovered a fascinating passage relayed by R’ Yochanan, which immediately precedes that one. Hashem tells B’nei Yisrael  “Although I have established a fixed time for the geulah—and whether or not the Jewish people do teshuvah, the geulah will arrive at that time—nonetheless, if they do proper teshuvah for even one day, I will bring the geulah ahead of schedule.”

In fact, the Eitz Yosef explains that if we were to do teshuvah, the geulah would arrive “hayom hazeh”—that very day.

What was it about these lyrics that inspired you?

I was struck by the spirit underlying this message. We generally associate teshuva with guilt, shame, and personal shortcomings. These are indeed crucial aspects that necessarily accompany the teshuva process, but they are also inherently negative. Here, however, we have a refreshing, positive approach to teshuva. Instead of presenting an ultimatum, Hashem is essentially saying, “I love you guys so much that I will initiate your redemption even if you don’t deserve it—and if you repent, you’ll get a bonus.” This is a kind of positive discipline, and an inspiration toward an enthusiastic and even cheerful teshuva, which I thought would be a welcome perspective for many of us today.

Yes! That song was released barely a week after I composed mine. I was excited to hear that another songwriter (Dani Maman) had also decided to put a feel-good, energetic spin on teshuva, albeit with original lyrics. I like to think that my song compliments that one in a sense, by demonstrating that according to this midrash, Hashem Himself endorses such an approach. It is not a wholly new age conceptualization, and there were people who had positive associations with teshuva long before Uman. Ein chadash tachas hashemesh.

So did you compose the song that Shabbos?

No. I held onto the inspiration, and a few days later, I set the lyrics to a fresh, modern, upbeat melody, to fit the vibe I was feeling from the message. But I did immediately look for what my brilliant mentor Yossi Green calls the “internal rhythm” of the text (Af-al-PI, she-na-sa-TI…). I also noticed the lyric’s rhyming potential (pi, shenasati / laketz sheyavoi, yavoi beoinasoi, ani meivi oisoi sheloi beoinasoi). I then engaged my creative license to edit and paraphrase the passage at certain points to fit the rhythm and rhyming sequence.

Do you always put your own mark on traditional texts?

Not always, but rather frequently. I should add that I learned this from Yossi as well. I once told him that as a kid I was a bit turned off by what I perceived as his gimmicky use of lyrics such as, “Dida bei, kula bei, udeloi da bei ma bei.” which I found to be almost insulting to the Gemara. I also playfully accused him of twisting the lyric for his needs by adjusting the phrasing of the original. He responded that it is clear to anyone who understands poetry and musical lyricism that the passage in question was intended as a catchy, memorable rhyme. I realized that, rather than corrupting the lyric, Yossi was restoring its original purpose. Hey, for all we know, they had some long forgotten song or chant for that ma’amar in Bavel. Essentially, a traditional lyric is a vehicle for the expression of an idea. Whether originally intended or not, utilization of the rhythm, rhyme, and phrasing is fair game, as long as the resulting song effectively and appropriately conveys that idea.

How did Dovid Gabay enter the picture?

Well, when I compose a song, I usually record a demo and send it first to one or two singers whom I think it will best suit. I sent this track (which in this case sounded exactly as it appears on the album, only with my lead vocals) to Dovid and one other singer—I guess there’s no harm in revealing that I sent it to Lipa Schmeltzer and his producer, Naftali Moshe Schnitzler.

Did Lipa consider recording the song?

Well, his producer Naftali Scnhitzler, who handles his song selection, was very excited about it and considered using it for Beri Weber, but he decided that my Yachad was a better fit for that album.

So what was Dovid’s response?

He called me a few weeks after I had sent it, and told me that he absolutely loved it. He had been playing it in his house for two weeks and his wife and kids couldn’t get enough. Dovid is one of my favorite people in the music industry. He is a sincere and genuine mentch. And he really connects to his songs, both musically and lyrically. He was very moved by the message of the song as I was, and he was feeling the vibe of the melody.

Why didn’t Dovid want to sing it on his own album?

That was actually the original plan, but CD Eichler later called him and explained that he was releasing a Yomim Noraim album called Inscribed / Farshribben, and requested that Dovid sing Osin Teshuva as the album opener. Dovid went for the idea, and now the song is out a lot earlier than originally expected.

Can you discuss your relationship with CD Eichler?

CD is an amazing guy. As I said about Dovid, he is a genuine mentch, and is very earnest about his musical endeavors. CD sees music production not merely an outlet for creativity or recognition, but first and foremost as an instrument for kevod shem shomayim. I have seen on several occasions that he places this goal ahead of other interests such as profits and marketing. Of course, he always finds a way of satisfying those ends as well.

How did you two meet?

[Renowned composer] Elimelech Blumstein tried introducing us close to a year ago, but we never ended up getting in touch. My name then apparently came up in a conversation between CD and [up and coming composer] Tzvi Lampert, a brother of my close friend Avi Lampert. He gave CD my number, and in our first conversation, CD mentioned that he had a business conference near my then-home in Boston. He ended up crashing for the weekend and we had a wonderful time. We have since maintained a real friendship, for which I am grateful.

I heard that this song went through twelve rounds of mixing.

Haha! Is that the final tally? Eli Klein and Yitzy Berry handled the vocal editing and mix, and they did a masterful job as usual. CD, Dovid, and I all possess a pedantic streak, and we each took stabs at different elements of the mix. But I think I’m going to assign primary blame for this one to Dovid. He is a real perfectionist (in a good way). I know this not so much from personal experience but more from listening closely to his last album, which he self-produced. The meticulous attention he applies to every note, harmony, effect, and balance is evident in the final product. When I listen to the track now, I’m glad he brought those ninja edits to the song.

I enjoyed your backup vocals on this track. Do you often provide choirs for the songs you sell to singers?

Funny you should ask. On my demos, I frequently add several vocal layers, but this was the first time I was asked to provide them for the published version. I have recently been asked to record choirs for a few other songs I have sold to other singers and which will soon be released. It’s a fun outlet for creative expression.

I bet it is! Back to Osin Teshuva, did you know the song was going to be a hit?

I find it exceedingly difficult to predict which singers and producers will connect to particular songs of mine, let alone how those songs will be received by the masses. As a songwriter, I aim to compose songs that are meaningful to me. Sure, I think about what nuances I can add to a song so as to draw listeners in, but I try not to get too caught up with speculation of popular tastes or matching my composition to some predetermined ‘hit algorithm,’ which probably doesn’t exist anyway. I see it as the producer’s job to assess the commercial viability of a song. Even his predictive ability is heavily limited, and it ultimately comes down to siyata dishmaya. Ideally, such calculations shouldn’t preoccupy the composer or even the singer. Of course, it is not always easy to adhere to this principle in practice.

Would you say it is your biggest hit yet?

It has been out for just over a week. Let’s wait and see!