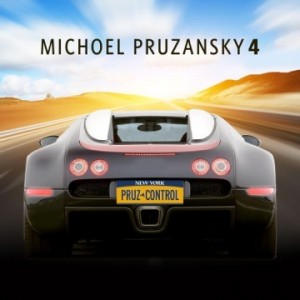 @SPLASHNEWSUSA It’s called Pruz Control. How can you not buy it? The end.

Okay, I’ll review it anyways! With four albums to date, this is Michoel’s best album yet. It features a collection of hit catchy songs, sing-a-long slow songs, chasunah songs, and much much more. I just wrote that because all these daycamp ads are starting to get on me. (swimming! arts and crafts! baking! crafts! arts! and much much more!!) Sorry for turning this into a letter to the Readers Write…This album is seriously the real deal. When people ask me if it’s a good album I answer that it’s Pruz. He cranks out hit music on every album! Think “Pruzbul” Taaseh Mitzvah” “Zeh Lazeh” “Chavivin” and many more. Pruz Control is a thriller that will delight the ears of listeners of all ages! (great quote, I can work for the New York Times) I might add that Michoel has also obviously been working on his vocals because this is the best I have heard from all four albums. His can really notice his smoother vocals in tracks like Aleinu and Koli and throughout the album if you pay attention. So you can either go buy it now, or if you realize what pearls of wisdom flow out of my computer, you can first read my thought on each song and then go buy it. As always feel free to comment below or email at splashnews.jmr@gmail.com. For all music news you can also follow on twitter @splashnewsusa

1. Am Echad- This is the hit song that every singer wants on his album. Composed by some guy named Yitzy Waldner with Pruz. You may have heard of Yitzy because he composes almost every hit song you hear these days. This is an incredible techno song with really cool techno effects throughout the track starting from the sweet intro till the very end of the song. Great background vocals by Yitzy spinner. Love the “hey,hey, hey” at 2:51 which is a really good lead up to the high. Also nice bridge at 3:26 which gives the song a nice break. Lyrics by Malky Giniger. 5 out of 5 stars

2. Simchat Chatanim- This is an awesome horah composed by Yitzy Waldner with lyrics by the famous Miriam Israeli, Yanky Glazerson, and Chilu Posen. This fun track includes fun lyrics, arrangements, and vocals. One good line- “hamuzikah, tra-la-la, 123”. The meaning of these words are very deep and currently classified so unfortunately I can reveal any more at this time. This track adds flavor to the album with its Sefardic twist and is an instant favorite. 4 ½ out of 5 stars

3. Aleinu- This one is a stunning slow song that I have in my head for half the day. In case you’re wondering what I think about the other half day…. Composed by Yitzy Waldner, who gives us a rare glimpse of his sweet voice in the second low at 2:25. He also gets a little fancy at 3:39. Why he doesn’t release an album himself has stumped many music critics and fans. This song actually reminds me a little of “Ki Malachav” that he composed (and also sang) for Shauly Waldner. Really like the bridge at 3:55 which leads to a great climax at 3:24. The only I would have done differently is to make the high a drop easier to sing. It doesn’t flow easy enough for a kumsitz which would have been nice. 4 out of 5 stars

4. Ain Od Milvado-A fast paced techno song composed by Yishai Lapidot. This can easily be a Breslov song if they would just turn the bass up 125%. At 3:20 we transpose techno style which followed by some more auto-tune voice effects for the ending. The quick and simple high part makes this song very catchy. 3 ½ out of 5 stars
5. Koli- Really nice slow song composed by Ari Goldwag. Yeh yeh Ari can do a lot of stuff besides Yesh Tikvah. The Shapiro Brothers and Avrumi Briskman come in at 2:32 with gorgeous choir vocals and harmonies. Michoel’s voice really shines in this song. He also wrote the second half of the song which is in English. The last couple highs have particularly nice harmonies also. 3 ½ out of 5 stars

6. Ashrei Mi- A yishivishe style horah composed by Yitzy Waldner and Dovy Brazil. Very typical intro with the classic brass throughout. I like that they didn’y try to get to fancy with the arrangements and kept it simple. This song is nice on this album because it’s really the only older classic style track. Will it become a chasunah hit? Maybe, but I would have liked more oomph in the beginning of the high. Just my opinion don’t yell. 3 out of 5 stars

7. Pray- A really fresh English song with a cool beat. This is something different and easy to listen to. Composed by Yitzy Waldner with lyrics by Bella Levitan, Chanale Fellig, and Yossi Beren. (hope they didn’t write it together, the oilam in Lakewood will NOT be happy!!) Check out the lyrics starting at :39. Sounds like 8th Day! Who thought up the ending for the song? You gotta check it out. 3 ½ out of 5 stars

8. Shuva- A nice slow song composed by Waldner and Mordechai Klein. The intro is almost exactly the same as the intro to Odcho from Ohad 2 (track 6). The child soloist is Moshe Kahan. This song can easily be sung by any kumsitz. 3 ½ out of 5 stars

9.Chaverim- Yeh! This is what I’m talkin bout! This is my favorite song on the album composed by up and coming composer Doni Gross. For those of you that have heard my songs, many of them sound just like this one. Fun, easy, catchy. Love it! You will not get this song out of your head. 5 out of 5 stars

10. Orech Yomim- The album ends with a slow one. This track starts off with a piece by world renowned Chazzan Michoel Pruzansky. Helfgot is taking notes. Just kidding, I can’t have a little fun? I made it all the to the end of this article! This one is composed by Yochanan Shapiro. It’s also more of an older style song that will suit the people that won’t listen to songs like Am Echad or Chaverim even if you paid them. Okay Ma, I’ll stop making fun of you, go back to those sefira albums you listen to all year… 3 out of 5 stars