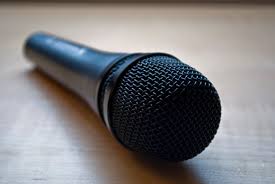 @splashnewsusa: So it’s been a little more than a year since my 2013 list of the Top 5 in Jewish Music. Has anything changed? Is music the same since then? Well, chances are if nothing has changed, this article might be a tad boring. So I’ll just mix up the list and change my opinions to give you something to argue about. Just kidding! Seriously, in the past couple years, the JM world has seen a big turnover with MBD retiring (so he claims) and the next generation really starting to make noise on the big stages. There are many singers; in fact, many greatsingers. Some of course are better than others. Some have nicer voices and some have better stage presence. Of course there are also the great singers that we will never see on stage like Shloime Daskal, Isaac Honig, and others who have decided that the big stage is simply not for them and they stick strictly to the wedding scene. To be a “Top 5 Singer”, one needs to be a ‘superstar’; for lack of a better word. These guys have world fame and will usually be recognized no matter what country they may be in. They all have made an impact on Jewish music in their own respective ways and many singers look to them for advice, ideas, and direction. So who are the Top 5 in Jewish Music? Of course this is myopinion and if you disagree, feel free to voice your opinion in the comments box!

1. Avraham Fried- Fried is the new King of Jewish Music. Absolutely nobody can compete with the quality of his albums. Oh, and his voice. He has truly a once in a lifetime voice which he has developed over the years and worked extremely hard to get it to the supreme level where it stands now. Many people don’t realize that Fried didn’t always sound like this. Give a listen to his older albums and you will hear the difference. You cannot compare his voice of the 90’s to the phenomenal voice that he has now. He also continues to tour the world with concerts where he commands the stage with a hypnotic-like presence. Avraham Fried is the #1 singer in the world.

2. Yaakov Shwekey-For all my readers who think I don’t like Shwekey…say what? After a dip in the music scene (in my opinion), Shwekey has recaptured his throne with two fantastic albums. Starting with “Cry No More” in 2012, he completely upped his game and his entire persona. Yaakov, together with producer Yochi Briskman created a new updated image of the elite singer that he is. You won’t see Shwekey in small concerts or at your camp in the summer. Shwekey is reserved for the biggest productions that Jewish music has to offer. This past winter he released “Kolot” which flew off the shelves and rightfully so. It’s a top quality album that was accepted by Jews of all stripes. Shwekey will continue to be a role model for many singers.

3. Lipa Schmeltzer-Lipa is JM’s first true pop-star. He has a large following of fans who simply adore him and mimic everything he does. Ok, maybe not everything. Not everyone is thatcrazy! I’ve personally been to some of his recent concerts and they have all been sold out. He is still the best performer in music and never fails to put on an entertaining show. The influx of singers in recent years, especially chassidish, is largely due to Lipa. His recent releases features songs you hear by almost every single wedding- Kvoido, Mizrach, and of course the recently released Nodeh Lshimcha. He is going through a transformation that I’m still trying to figure out. He is finishing up college which has been the cause of new professionalism shown in his performances. He also put on a full blown musical on Broadway earlier this year. Where is he going with all this? Time will tell.

4. Benny Friedman-Benny Friedman is incredible. He smartly decided not to completely copy his Uncle Avraham Fried’s style (which he can), and developed his own style which is beloved by fans of all ages across the entire world. If Yallili made 8th Day into who they are today, Yesh Tikvah propelled Benny to heights in music that I thought would have taken him a little bit longer to achieve without its help. There is not a person in the world who hasn’t heard of Yesh Tikvah. Except R’ Chaim Kanievsky. Maybe. And people from Baltimore. Just kidding! I am originally from there myself so I can make fun! Benny will continue to rise and he is the future of JM. Benny Friedman is here to stay.

5. 8th DAY-I never thought a group can make it onto this list but you gotta give it to these guys. Bentzy and Shmuel Marcus otherwise known as 8th Day are awesome. FYI they are Avraham Fried’s nephews. These guys, who btw have a whole band with them, are electrifying on stage. Their fans go crazy over them. I was by an 8th Day concert on sukkos where people were actually scalping tickets to the sold out show. People were buying tickets at double and triple their face value! I thought that was incredible. If you’ve ever been by a show, you may have noticed everyone singing along with the band. As crazy as their lyrics are, people actually know all the words. Impressive. I wonder if the people know the meaning of the lyrics. 8th Day themselves don’t. They continue to tour the world at a rapid pace. They completely have their own style (in case you haven’t noticed), and nobody can do what they do.

I wish I can put more guys on this list but then it wouldn’t be called the top 5. JM is overloaded these days and you are certain to find someone you like, for we got huge talent under these top five. Guys like Gertner, Ohad, Gabay, Pruz, Werdyger, Honig, and Weber. Guys on the rise like Yoely Greenfeld, Yoni Z, Shauly Waldner, Shragy Gestetner, Ari Goldwag, and of course, Simcha Leiner.  Just to name a few. Enjoy the talent we have and if you have the talent, give it a shot. Hey, you never know!

For any questions or comments, feel free to comment below or emailsplashnews.jmr@gmail.com