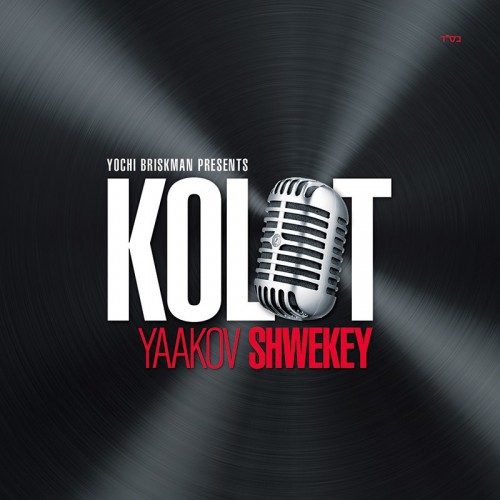 Here we go with another review. This time I’ll be reviewing Yaakov Shwekey’s “Kolot“. Definitely most of you reading this review and probably even those who won’t see this review have probably seen the name Yaakov Shwekey. Ever since his debut album “Shomati” (released in 2001 acc. to Mostly Music’s website), Yaakov Shwekey has released an enormous amount of albums, all of which have produced songs that are constantly played on the Jewish Simcha circuit. If you haven’t heard Ben Bag Bag, Kdai, Racheim, and others, you need to start going to more weddings. Now since I’m writing this preface before actually listening to the album but I am under the impression that this is a Sephardi fueled album similar somewhat to Libi Bamizrach. Since I believe that Libi Bamizrach was one of the best Shwekey albums put out to date I am pretty excited about this one being a potential step up from how amazing that one was. Let’s get going on this review!

1. Am Yisrael – The first track on this album was composed by none other than Yishai Lapidot. I actually remember my first concert as a kid which was Shwekey and Shalsheles with special guest Yishai Lapidot and I can still remember Yaakov and Yishai working really well together. This song is in an “Anthem” style similar to Yesh Tikva and Am Echad, and it definitely has both the catchy chorus and the great message.

2. Kolot – Right away we are already at the title track of the album. This song features Israel singer Shlomi Shabat. I was not at the concert where they performed together but I did hear that the on-stage chemistry between the two was something amazing. This song also features backing vocals by Yochi Briskman which is definitely something out of the ordinary in the current Shwekey albums.

3. Smeichim – This next song was composed by both Yaakov and Yitzy Waldner. This has a bit of a more mainstream “Rau-Banim” feel to it. This track features vocals by the Zemiros Choir led by Yoel Polatseck. Yoel and his chevra do an amazing job on this track adding in background vocals that wouldn’t necessarily be expected on a track like this.

4. Tefilat Kallah – This next track was composed by Elie Schwab. I already like the direction this song is going in as it starts. It’s pretty much a Middle Eastern themed ballad. It’s possible there are more compositions with these words but I’m pretty sure this is the first time that I’ve ever heard them so it’s definitely a nice breath of fresh air.

5. Ach Sameach – After the last hartzige track, I’m expecting this next song to be a bit more active. This track definitely delivers. With an authentic Sephardi arrangement this song composed and arranged by Udi Damari will have you dancing around the room.

6. Zeh Hakatan – Again we have another Yitzy Waldner composition, this time with words from….Miriam Israeli! Since my review yesterday on the new Benny Friedman album, here’s another song to add to the list that she has been involved in.

7. Osim Tshuvah – Similar to Lo Yavod on the “Cry No More” album, this song features Metalish, and just like Lo Yavod they do a great job of diversifying the arrangements on this track compared to the others. Although this song goes a bit out of the Middle Eastern feel that many other songs on this album have, it’s definitely still a keeper. I love the vocal interlude at 3:23.

8. Kamu Baneha – Just in case you were worried that this album wouldn’t include any more songs from Yitzy Waldner, you can relax now because here’s another one! This is another hartzige Waldner masterpiece.

9. Et Rikod – Here is another Yitzy Waldner/Yaakov Shwekey co-composition. This song has a nice jumpy feel to it. I can definitely hear this song being played at weddings. This track also features awesome backing vocals by the Zemiros Choir.

10. Assara Bnei Adam – The last song on this album is composed and arranged by Aaron Razel. Aaron’s vocals sound great on this track as do Yaakov’s. I especially like the flow of the chorus on this track.

All in all, if your Shwekey collection stretches back to his album then you probably have a nicely sized collection. Even so, I think this album is definitely a nice addition to your current collection, even if you haven’t bought a Shwekey album before. Yaakov constantly shows us that his voice hasn’t let up and that even though he’s been in the industry for a while now he’s still “got it”