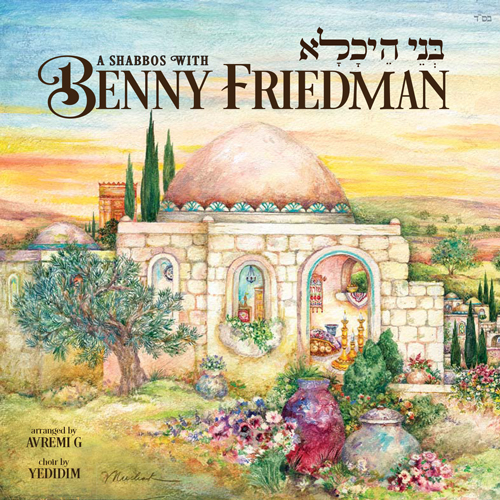 [audio:http://jewishmusicreport.com/wp-content/uploads/2013/12/bh-sampler.mp3]
Talk about taking a break for Shabbos. “We were deep in the process of putting the pieces together for our next album,” says Benny Friedman, “when we decided to go in another direction and create something different and special.”

Producer Sruly Meyer explains. “We were discussing the progress of the follow-up album and how great it would be if Benny could publish an “in-between” specialty album. We touched on different ideas and then Mendy Werdyger’s eyes lit up and he declared: Shabbos!”

And from that was born Benny Friedman’s brand new album, “Bnei Heichala,” a stirring collection of classic and modern Shabbos Zemiros.

“There are very few things that evoke fond memories as powerfully as Shabbos Zemiros,” says Mendy Werdyger, the album’s executive producer. “Tatty’s Zemiros – and Mommy’s delicious food – are etched eternally in a child’s mind and they always have the power of triggering memories of the first time you experienced them.”

They laugh as they recall the process of choosing 30 Zemiros for the album. “We didn’t set out to designate the “top 30” Shabbos Zemiros – that’s quite impossible,” says Sruly. “We really tried to choose Zemiros that would resonate with people and blended well with each other.”

“It took us about a month to settle on an initial list of Zemiros,” says Benny, “And even then we were constantly adding and subtracting, changing, tweaking – it was an amazing process.”

“Shabbos has this unique unifying quality about it,” adds Sruly. “It happens every week, and everywhere on earth Yidden start preparing, experiencing the same Erev Shabbos sensation, and then everyone stops everything and the Zemiros begin.”

“Shabbos has an indescribable Kedusha, “says Mendy, “and nothing gets you in that special mood better than the Shabbos Zemiros.”

Ultimately, their hope is that “Bnei Heichala” will lift people’s spirits and maybe help a little to bring some of the Kedusha of Shabbos into the whole week.

The CD was artfully arranged by Avremi G with full musical accompaniment, recorded and directed by Ian Freitor. For some added flavor, Benny has also teamed up with the Yedidim choir, whose golden touch adds a splendid dimension to the entire album.

The album is distributed by Aderet Music, and is available online at MostlyMusic.com or anywhere Jewish music is sold. 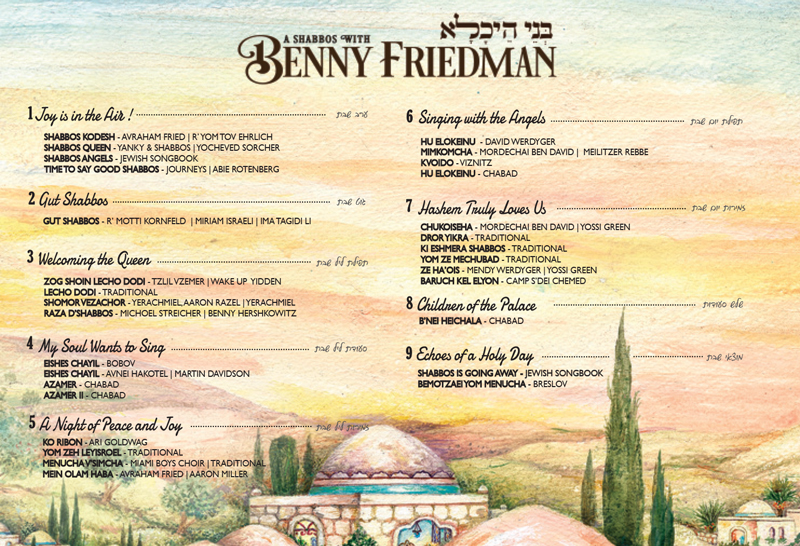 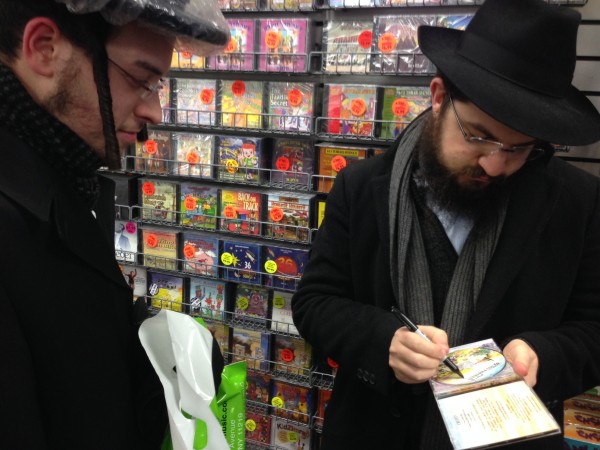