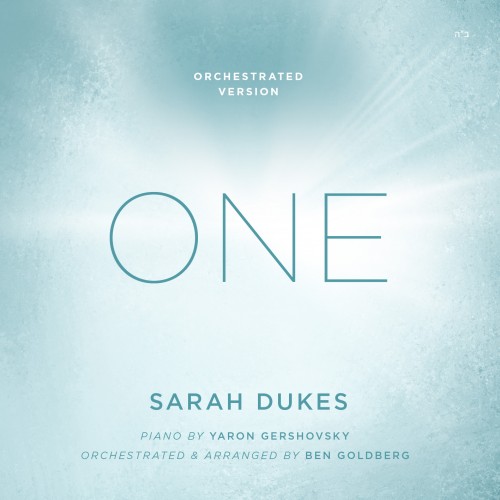 The song “One,” a piano single by Sarah Dukes in honor of Leiby Kletzky‘s yartzeit, has now been orchestrated.

Sarah Dukes, today a resident of Crown Heights, started playing piano when she was six years old and composed her first song —a playfully dramatic number called “Elephant in Tights”— at the mere age of eight.

Classically trained until she was 18, the North Carolina raised pianist increasingly turned to music and songwriting as a way of expressing herself, and by the time Sarah finished high school in Pittsburgh, PA, she had a stirring collection of original pieces that now make up her debut album, “Finding Forever.”

A completely self-taught composer, Sarah focused on enhancing her skills while studying at New York’s Yeshiva University. Working with professor of music and composer, Christopher Buchenholz, her prowess in composing music began to cement. As a result, Sarah suddenly found herself writing music that exceeded even her own technical mastery.

Unwilling to sacrifice the perfect execution of her songs for her debut album, she turned to world renowned pianist, composer, and musical director, Yaron Gershovsky, who performed and preserved the exact emotions and sound in Sarah’s mind.

Sarah’s songs “The Memory that Lives On” and “If Only” won awards in the Performing Arts Senior Division for the Pittsburgh JCC’s Annual Holocaust Arts and Writing Competition.

Sarah’s piano solos offer listeners soothing, melodic arrangements bursting with an emotional energy that is unmistakably straight from the heart.

Her popular single “One,” released last year as a piano solo in honor of the yartzeit of the slain Boro Park boy Leiby Kletzky OBM, has now been orchestrated and is available for download as a single.

Hear more of Sarah’s music and stay updated on new releases by joining her fan page at www.facebook.com/sarahdukesmusic.