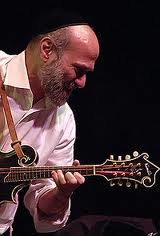 Master mandolinist and monster musician Andy Statman is booking October 20th for the release of his new album, Superstring Theory! In this release, he’ll be joined by his regular trio, alongside another virtuoso with jaw-dropping talent, fiddler Michael Cleveland. Cleveland is an inspiration not only for his prowess, but for his overcoming a birth handicap – he is legally blind. The pre-release sounds like it’ll be another sizzler of a record. Pre-order it here, on Amazon!

And for a glimpse of what Statman, Cleveland and Co. can do, check out this amazing living-room video: Shenandoah Breakdown!