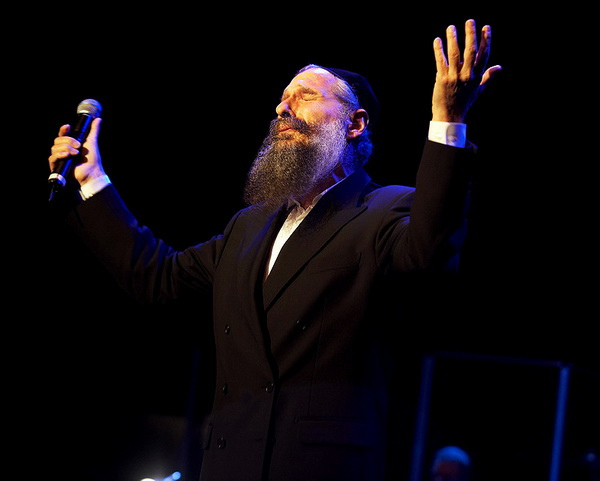 A little while ago (okay, a LONG while ago), I wrote this article, called “The Best of MBD – A Career Retrospective”. In order to write that article, I acquired every MBD album – well, except two: MBD’s first album, with the bulky name “Mordechai Ben David Werdyger Sings Original Chassidic Niggunim”, and “MBD Live”. Those two have been out of print, and cannot be acquired in the US of A. (As far as we know, they can only be bought here: www.israel-music.com.) Since then, I’ve managed to get copies of both of them, and have been waiting for a propitious time to complete that article in toto. Well, there’s no time like the present, and since I’ve been in the groove, here’s the missing 2.

(We’ve already inserted them to their proper spots in the Best of MBD article.)

This ancient album is fairly typical of its era – screechy winds and a drum kit that consists of at most three pieces. Yeesh – the arrangements as old as the hills and twice as dusty. But that’s not really why we’re listening to this album – look, it’s MBD we’re talking about! And his voice is as magical as it ever was. The main question you may ask, though, is there any song of value on this forgotten album? And to that, the answer is an emphatic yes – Ki Heim is a swell swing piece, and the young MBD lets it out with grace – so much so, that it still stands timelessly. Karov Hashem is your typical JM beat-y tune, but the slow and purposeful Ani Maamin is MBD’s first real crooner. Yiboneh is a simple but fine song as well (I’ll even admit to enjoying the flute in the arrangement). Some of the other songs are a bit, well shvach (Uv’nei Yerushalayim is a bit corny, and I won’t go for the cantoral/swing attempt in Ata Chonein – who put those genres together in one song?!), but chalk it all up to the era. But that’s what makes it fun to listen to – okay, not with speakers blaring out of your car, but for historical purposes. And besides, you do have the very first instrumental solos in Jewish music – and those wouldn’t reappear on a Jewish music record for quite a while.

Now here’s a job for someone – take these recordings and fit some new arrangements over ‘em. There is what to work with here…

But if you were living in the ‘70’s and you heard that incredible voice? Chances are, you were going to pick up the next record. Big time.

The first of MBD’s live recordings, this oldie has also been dropped from the reissue list. The reason is obvious – this style of concert is so foreign in comparison with the elaborate productions that we see nowadays. Instead of the glamor and shtick, it’s simplistic yet hartzig. Unfortunately, the recording quality is low. Three of its songs (Min Hametzar, Vekareiv Pezureinu and Yehi Hachodesh) are not found on any other of MBD’s records. The energetic Yehi Hachodesh was picked up more recently by Dedi, on Omnom. Min Hameitzar is a truly emotional performance – MBD davens the words as he belts them out with obvious and profound intent. Vekarev Pezureinu is a classic, and I presume this is not its first appearance somewhere. Anyone know where from? It’s sung with the energy that befits it.

The other 6 songs (Eliyahu Hanavi – from Moshiach is Coming Soon; Va’ani – from Neshama Soul; Od Yishama – Hineni; Odcha and Rather Pray from that album; and Someday, which MBD had sung on JEP’s album of that name) stick to the original basic arrangements, so there ain’t that much different than the originals, other than the exact emphasis MBD delivers. The most truly unique section is his intro to Od Yishama, which he turns into an unbridled chazzonishe shtick that seems to get the crowd going.

Old? Yes. Worthwhile? Hmm. I think some people will find it somewhat incomprehensible. But as with MBD #1, it’s historic, and that’s what counts.

Part one of this series is here.

Part two of this series is here.

Part three of the series is here.

Part four of the series is here.