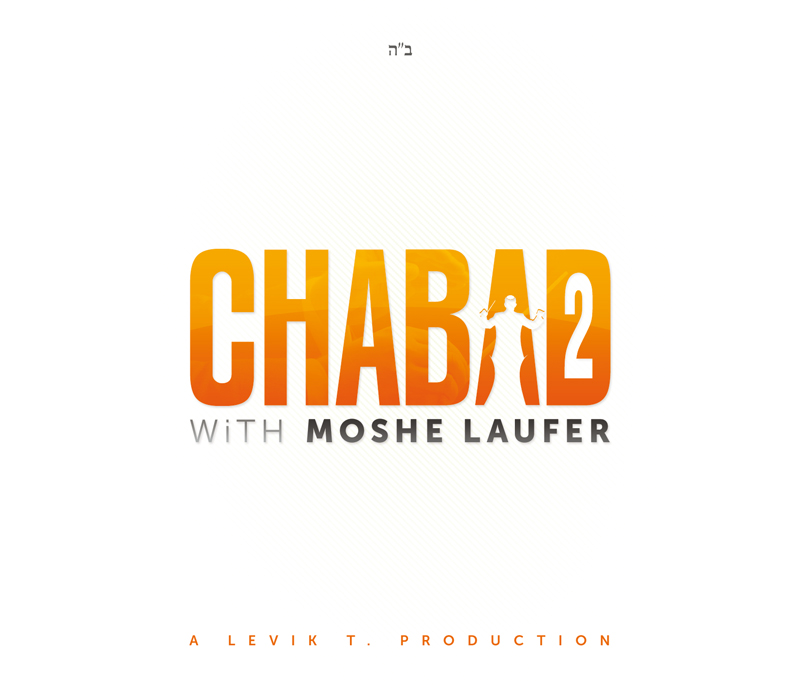 Talk about a quick return to the series! In this second of the Chabad with Moshe Laufer series, the producers ditch the vocals. I find that somewhat disappointing, as I thought that Menachem Levy, in particular did a beautiful job – to say nothing of Shlomo Simcha and Mendi Gerufi. Here, a few of the nigunim even needed vocals (Shuva, specifically), but all that’s just detail. It’s a wonderful compliment to the Lubavitcher Niggunim albums out there.

Thoughts on each nigun? Glad you asked. Here’s my take on ‘em:

1. Nigun Simcha – Crowd pleasing opener for this energetic nigun. However, the focus seems to be more on the “wow” factor as opposed to the nigun itself: for example, the beat changes in the middle was unnecessary shtick that is fairly perplexing. The high part is not played enough, and they have a nusach that I am not familiar with that cuts out half of the second stanza, and that drives me a bit crazy, as I can’t sing with it properly. The musical content, though, gives you the feel for the rest of the album – smooth arrangements with light soloing. Laufer gave each of his instruments plenty of limelight, to the extent that very few of the stanzas follow with a single instrument. This holds true for the entirety of the work.

2. Nigun Simcha Hora – Treated with enough substance that will make it enjoyable to just about anyone. They keep to this delightful nigun well. Excellent bridgework to make a dentist proud (ok, that pun was uncalled for!). Most of the nigun is a duet between electric guitar and a clarinet – the latter has particular free range. Drums and percussion have a great sound throughout.

3. Nigun Dveykus – Camp Gan Izzy alum from the 90’s will remember this nigun as the one put to the words of “Dear G-d, I’m Just a Little Boy.” Beautiful rendition. A bit fast, but this is the speed that you’ll often here the bochurim in yeshiva sing it at. Excellent arrangement, especially with the bass/piano opener, and in the middle-high stanza (both times – but the first is better), with the bass piano putting in the the somber mood just perfectly. The wah-wah guitar that follows that should have been eliminated, though – the mandolin continues the setting with no need for extra help. Again, excellent job on this superb nigun.

4. Mi Armay Admura – I’m a bit surprised at this one. The bold tune was originally a Communist march, but swiped by Rabbi Benzion Shemtov, who wrote Russian lyrics for it that extol the virtue of being a Chassid/soldier. (You can find the story and the lyrics in Mordechai Staiman’s book, “Niggun”.) So why didn’t they keep the band/march format? This is the one instance in which all those beautiful strings – violins, guitars, violas – simply don’t belong. This is a tune made for brass. And the finale? Well, on to the next one.

5. Shabbos Medley – Starts off with the little-known Chabad Yedid Nefesh, a stunning niggun, given gorgeous framing here. Moves on to Azamer Bishvachin, written by Rabbi Hillel Paritcher. Here, as opposed to the previous track, the instrumentation works together with the nigun like a charm. Particular emphasis is on the neat pickings of the guitar and solo violin. And even as the melody moves into the faster parts, it’s tastefully handled all the way through.

6. Shuva – I’ve been waiting for this nigun to come out of the woodwork! Created in 1991 by Rabbi Faitel Levin in honor of the Rebbe’s 89th birthday, this rocking tune very quickly became a favorite of the Rebbe’s and of his Chassidim. In this case, I think they should have let the guitar run the way, as the swapping instruments muddles things a bit, and the guitar would have really allowed it to express its unbridled energy. Great bridge, could have been developed a bit more. Look – it’s a truly great song, and no matter what, you’re gonna love it.

7. Nigun Hisvaadus – Here’s another rare nigun, its pretty intro and finale are reminiscent of the beginning of a symphony. As with Shuva, though, it needed a soloist to draw it all the way through and present its emotion in a unique way. The orchestra, again, doesn’t give it that opportunity.

8. Hora Medley – The first nigun, a refreshing leibidiker piece, is one I did not know until now, always a thrill to this niggunim junky! Laufer gives a complete picture without sacrificing any of the feeling, to that ever-popular beat. The second tune on the medley, Ozreini Keil Chai, is one song that has suddenly popped out on everyone’s radar* (hey – it’s one of my favorites, so I’m not complaining!). With a growling flute and some intricate percussion, it’s given a bit of a different twist, which works well as the ending of the medley. Great track.

* On my iPod, I have this song played by Nichoach, Piamenta, Peshita, Yaron Gershovsky, Yoni Shlomo, and Hamadregot. I know that HaProyect Shel Revivo’s Shabbat album has it as well.

9. Waltz Shabbos V’Yom Tov – In our home, we call this one the “Steps Nigun”, in deference to its up-and-down stylistic phrasing. I cannot agree with the speed here – it’s like putting a pony through racecar paces! A better version of it can be found on Zalman Goldstein and Yisrael Lamm’s Chabad Centennial Orchestra. Funky keys and mandolin give it color despite that, and look – it’s a beautiful nigun, and the variety of instruments gives it plenty to listen to. So, as you can see, I’m conflicted on this track. To those who

10. Nigun Rikud – Beautiful classic intro to this classic nigun, given lots of momentum. Has a bit of guitar magic that could have been expanded a bit. I love it all the way to their 2 minute finale, where they play with the last stanza in rotating modulation that’ll get you dizzy. Creative.

Another fine album in Moshe Laufer’s accomplished set of Chabad nigunim! Great selection of nigunim – mixing the unknown with the favorites, and solid arrangements. As always, this listener has his critiques, but fans of his earlier two will certainly dig this one; fans instrumental albums will find what to enjoy; and all of us are that much better with more holy and inspiring music in our iPods,computers and CD players!