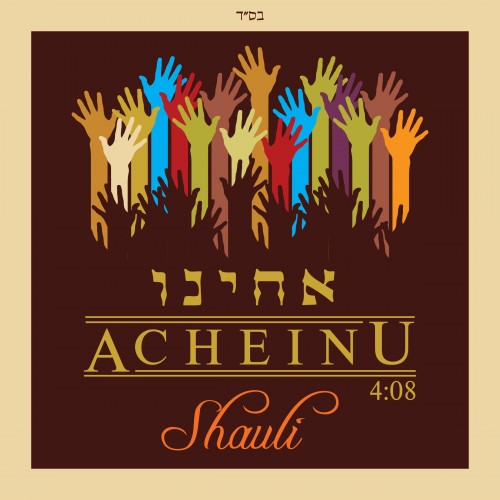 Since 2009 singer/songwriter, Shauli, has been bringing a new sound and styling’s to Jewish music thrilling music fans everywhere. He has release his debut album entitled “Simcha Belibi”, three singles Vehi Sheamda, Ahavta Otanu and most recently Ki LaHashem HaMelucha PLUS he was featured earlier this year on the single “Shiviti”, composed by his friend Avrohom Finkelstein.

Now Shauli is trying something new, he is venturing into the world of acapella. This new song Acheinu is the newest gem from the talented composer/singer Shauli. Composed back in the early 2000′s, Acheinu is a favorite of Shauli’s friends and family. When asked why he was releasing this new sing during sefira, Shauli answered “during the first half of sefira we don’t listen to music because the talmidim of Rabbi Akiva died.” The reason for their passing was that they didn’t honor and respect one another. I thought that the words ofAcheinu which talk about togetherness was a great message to portray during this period of mourning”. Like Shauli’s previous masterpieces, the song was composed, arranged, produced and performed by Shauli himself.

Acheinu is available as a FREE download on MostlyMusic.com.
For more information on Shauli and his music please visit his website http://shaulimusic.com