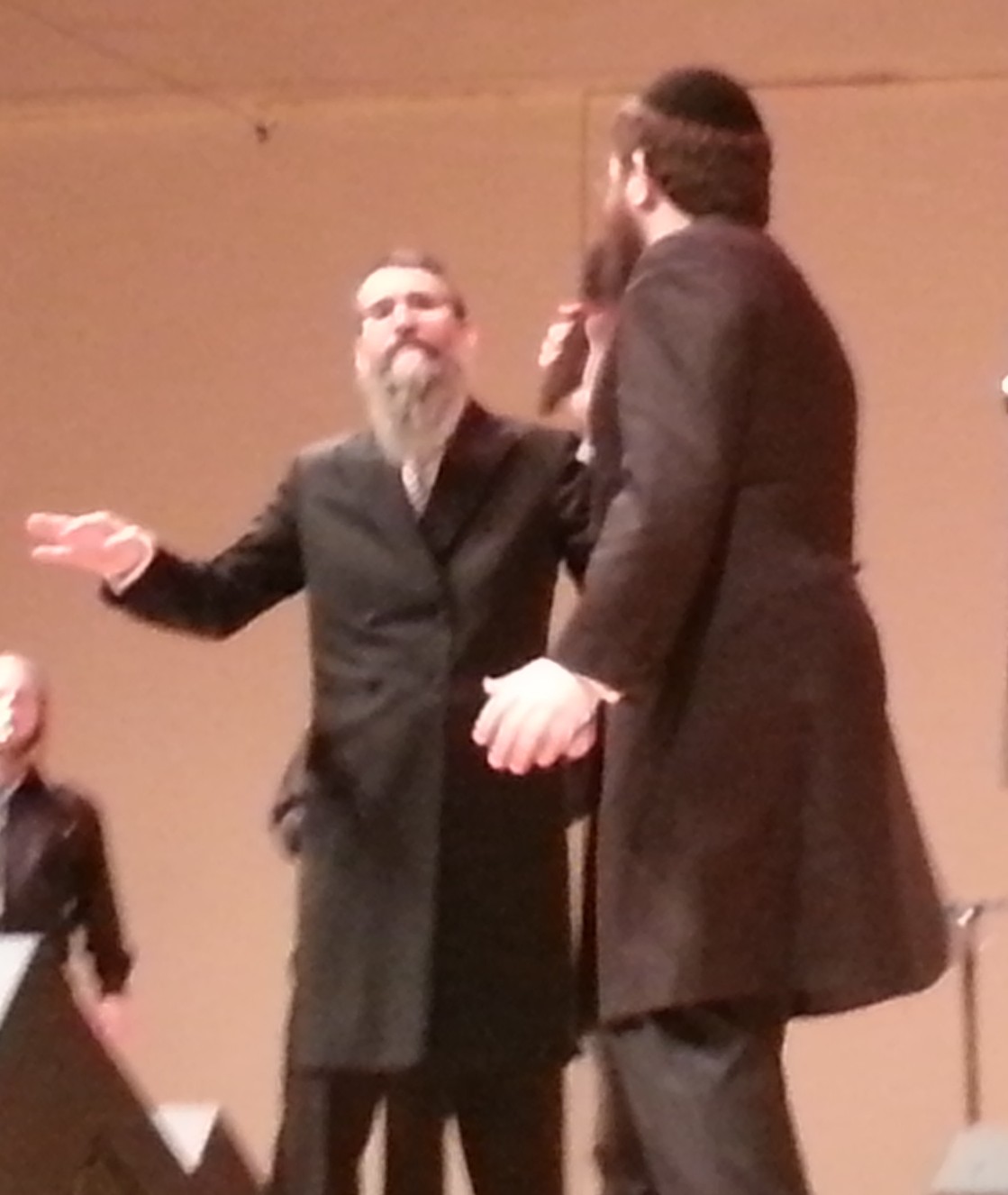 “I sure hope this is legal,” I thought. Nopes, this is not the story of how I acquired the new Yoeli Greenfeld album last week. Those were my thoughts as I snuck into a parking spot just one block away from my destination- and also conveniently located across from a Starbucks. But coffee was the last thing on my mind as I walked into the Merkin Concert Hall on 67th st. in Manhattan this past Motzaei Shabbos. (Side-note: Running into the star of the show outside is a pretty sure sign that you’re not too late.) Inside, awaited the concert of a lifetime- 2 of the best and most popular singers around, Avraham Fried, and Benny Friedman.

Now, I know that these days concerts tend to be huge. If you don’t have at least 4 names on your playbill, you’ll be opening the curtains to empty seats. But, as I explained to my brother, are there any other singers who I would have preferred to have taken the stage during that hour and a half performance? More performers means less stage time per singer. And these 90 minutes were packed with quality singing, good music, and excellent performances from some of the best.

Benny Friedman was the first of the singers to take the stage, and began in the old ‘traditional’ Avraham Fried style- with Shalom Aleichem. Though he started with the same basic Shalom Aleichem that he used to begin the Shalom Aleichem on his Yesh Tikvah album, he quickly switched into his own, and we were underway! From there, Benny introduced his next song with “sometimes you’re so happy, that you want to sing, but you just can’t put words to it,” and began his No Lyrics Niggun. The concert took an unexpected twist when Benny flowed from there straight into 8th Day’s Bounce, and finished off the medley with Ma’aleh Ani, also from his Yesh Tikvah album. Yes, at this point the crowd was ROCKING!

Things slowed down shortly thereafter, as the amazing pianist Yaron Gershovsky played the intro to Benny’s Mamleches Kohanim. 3 minutes of beautiful singing later, the guy next to me was saying “WOW that was good!”. Then, to top everything off, Benny launched into the song that everyone was waiting for, Yesh Tikvah! Needless to say, the Merkin Concert Hall was hopping and rocking by the time Benny left the stage that night.

Now, if I may sidetrack for a second on an opinionated ramble….Avraham Fried is, in my opinion, the overall best in Jewish Music. (And yes, I am expecting many a disagreeing comment below :)) While I know that not everyone agrees on this, I personally feel that between his voice, charisma, stage presence, and overall performance, he’s just incredible. He gives off a distinct impression of being a mentche. (I’m NOT saying that other singers don’t! I’m just saying that AF gives off a very strong impression of mentchelach-keit.) While I am not a believer in idolizing celebraties chas v’shalom, and I understand that just because one has a specific talent it does not make them any better a person than you or I, I have some level of respect for AF. While he has one of the best voices in the Jewish Music World, and yes he sings with confidence, but I hear no gaivain his voice. He performs, but it’s almost as if he does it more as a service to the crowd rather than for himself. This was not my first time hearing Avraham Fried perform live, yet I was just as impressed as ever before.

The second part of the concert, the Avraham Fried segment, began with a slow intro to AF’s Ki Hirbeisa that was quite a big hit just a couple of years ago. After introducing the Zemiros Choir, and a quick hello to the musicians, Avraham Fried launched into the song, and we were underway. From Ki Hirbeisa to Hofachto, (including a random kid from the crowd who was called up to sing with him,) the concert was in full swing. Avraham Fried then began a song from his very first album, Kel Hahodaos, and mixed it with L’fanav Na’avod. The intro that they used for Kel Hahodaos was not one that I’m familiar with, it definitely is not the intro from the album, and I don’t think I’ve ever heard it before, but it could be that they’ve used it at recent concerts.

Some of the songs that stood out, (above the usual, like Aderabeh and Tanyeh, and the K’sheim She’ani/ Mar’eh Kohein/ Sisu B’simchu medley,) were Moshe Yess’s Zaidie, and a fast song from R’ Yosef Karduner which I’d never heard before. The lyrics were along the lines of “If a Jew only knew what the Torah/Mitzvos is/are, he’d sing and dance every day of his life ‘Todah Rabah- we thank you, Hashem!’”

The concert ended off with an Avraham Fried- Benny Friedman duet of Tzomoh L’chu/ Rachmana D’anei/ Ashreinu Mah Tov Chelkeinu, which was incredible, and then wrapped everything off with L’shana Haba’ah.

Needless to say, this concert was amazing from beginning to end. Singers like these are the type that one can listen to all night, and it’s a shame that the concert did not last longer. While some may say that Avraham Fried and Benny Friedman together seems a bit superfluous, and there definitely is room for that argument, I found this concert to be simply amazing, and enjoyable from beginning to end. 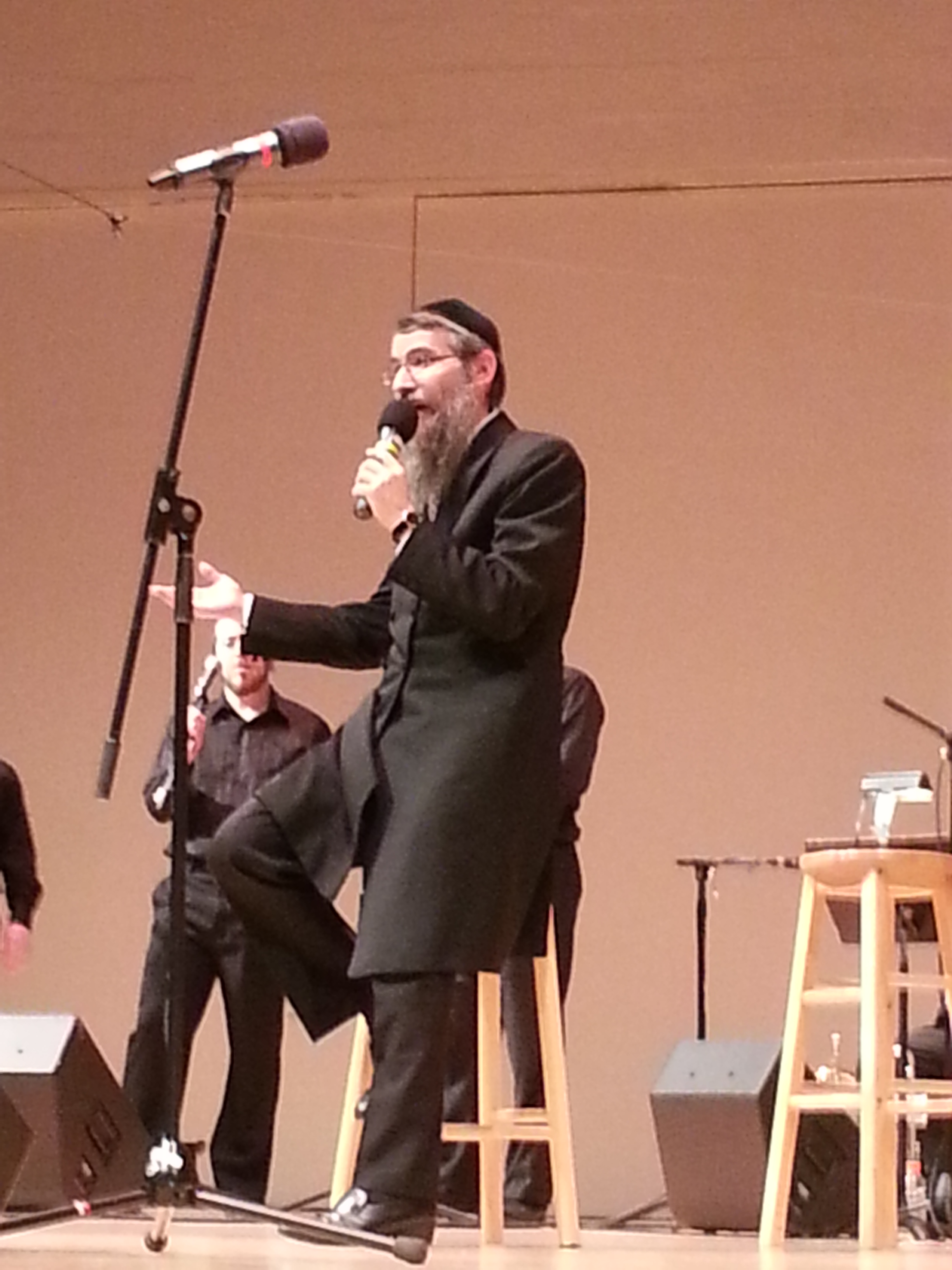 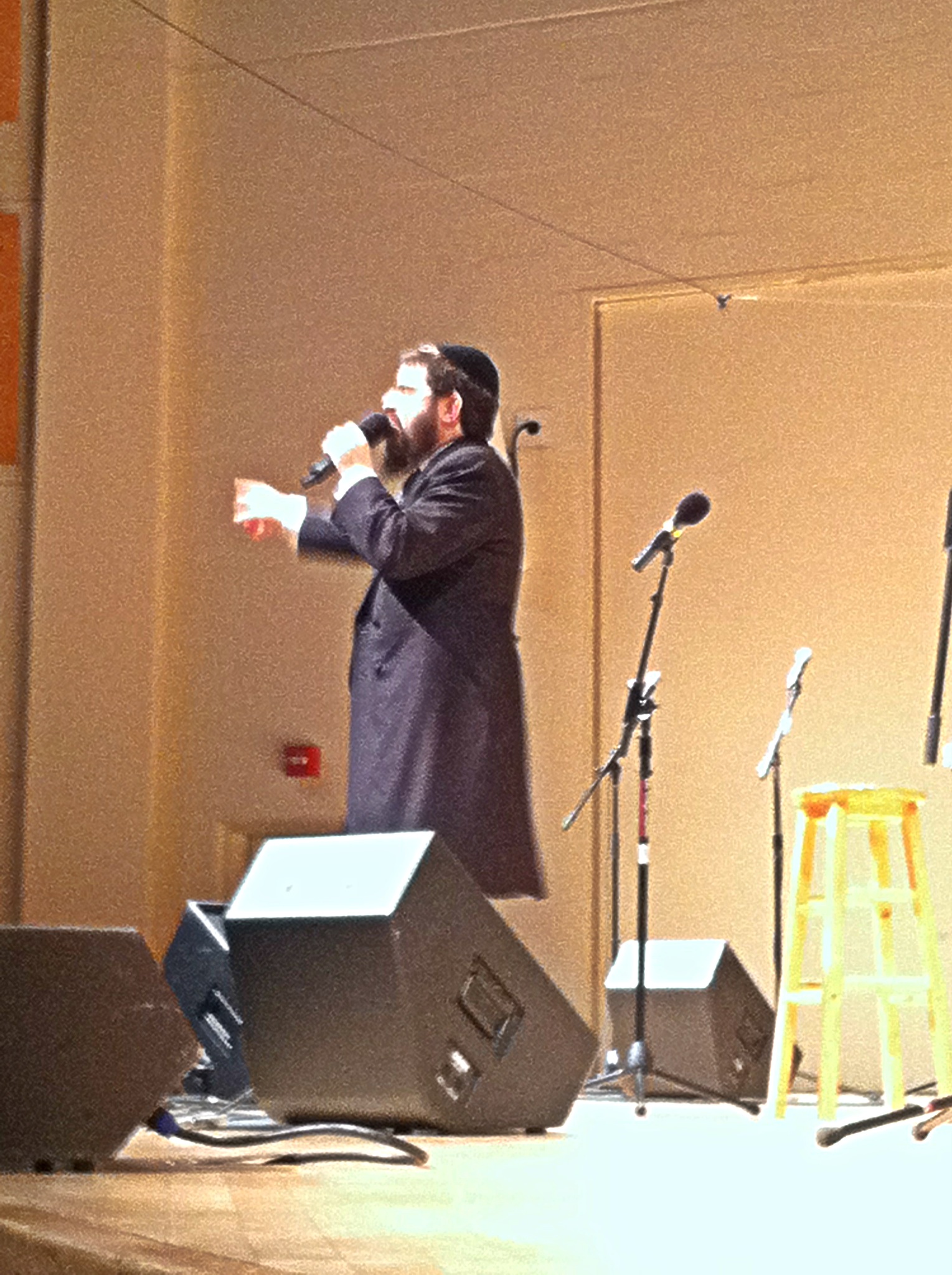