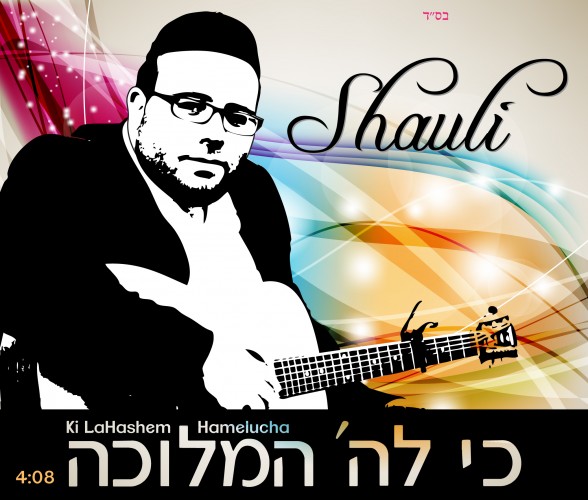 Singer/songwriter, Shauli, has slowly made his way into the hearts of Jewish musical fans across the globe. His debut album “Simcha Belibi” released back in 2009, introduced the music world to a smooth and laid back style of music. Since then, Shauli has released 2 singles Vehi Sheamda and Ahavta Otanu, and he was featured earlier this year on the single “Shiviti”, composed by his friend,musician Avrohom Finkelstein. Shauli’s sweet guitar playing and smooth vocals abilities have captured the attention of Israeli radio stations and the staff at the Nachum Segal Network so much so, that his songs are featured regularly on the radio.

During a live in studio interview with Yossi Zweig on the Z Report this past summer, Shauli revealed to his fans that a new song would be coming shortly.

Well that time is finally here. Presenting the newest gem from the talented composer/singer Shauli, entitled “Ki LaHashem HaMelucha”. Shauli wrote the song after the US presidential elections earlier this year. “These words came to my lips as I heard the results, and the melody I composed in the days after, said Shauli.” The message was very clear Hashem rules the world even though Kings and Presidents think that the decisions are of their own making, we know better. The song features harmonies and additional vocals by Shauli’s brother Eli Atias and choir by Yehuda Grama, Chaim Zvi Grama, Avner Grama and Reuven Atias.

Ki LaHashem HaMelucha is available as a FREE download on MostlyMusic.com. For more information on Shauli and his music please visit his website HERE.