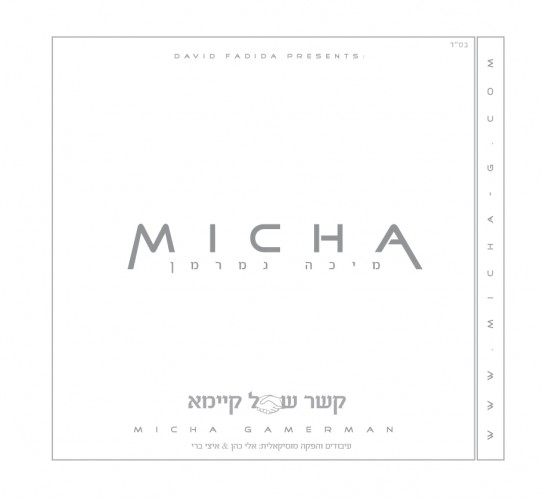 Micha Gamerman was born and raised in Rio De Janeiro, Brazil. After getting married, Michah turned to his Rabbinic Studies and is now one of the few authorized mohels in the Jewish community of Brazil.

While Micah is an educator and his job is to prepare the minds of the next generation in Sao Paulo Brazil, he has always had a fondness for Jewish music. With time Gamerman has become one of the integral singers is Brazil both singing and performing and composing his music.

Thus Micah and his fans finally produced the highest levels of quality his debut album. Micha has already released two amazing singles with the help of composers Eli Cohen and Yitzy Berry from Israel Israel (Shalom Aleichem & Rila Rina featuring a duet with Ohad) which have gained momentum and become hits on radio stations and simchas in both Israel and Brazil.

Micah is currently releasing his debut album “Kesher Shel Kayama” and is already collection material for his second album while preparing his debut performance in the U.S. and Europe.