Recorded Jewish music can be divided into two categories 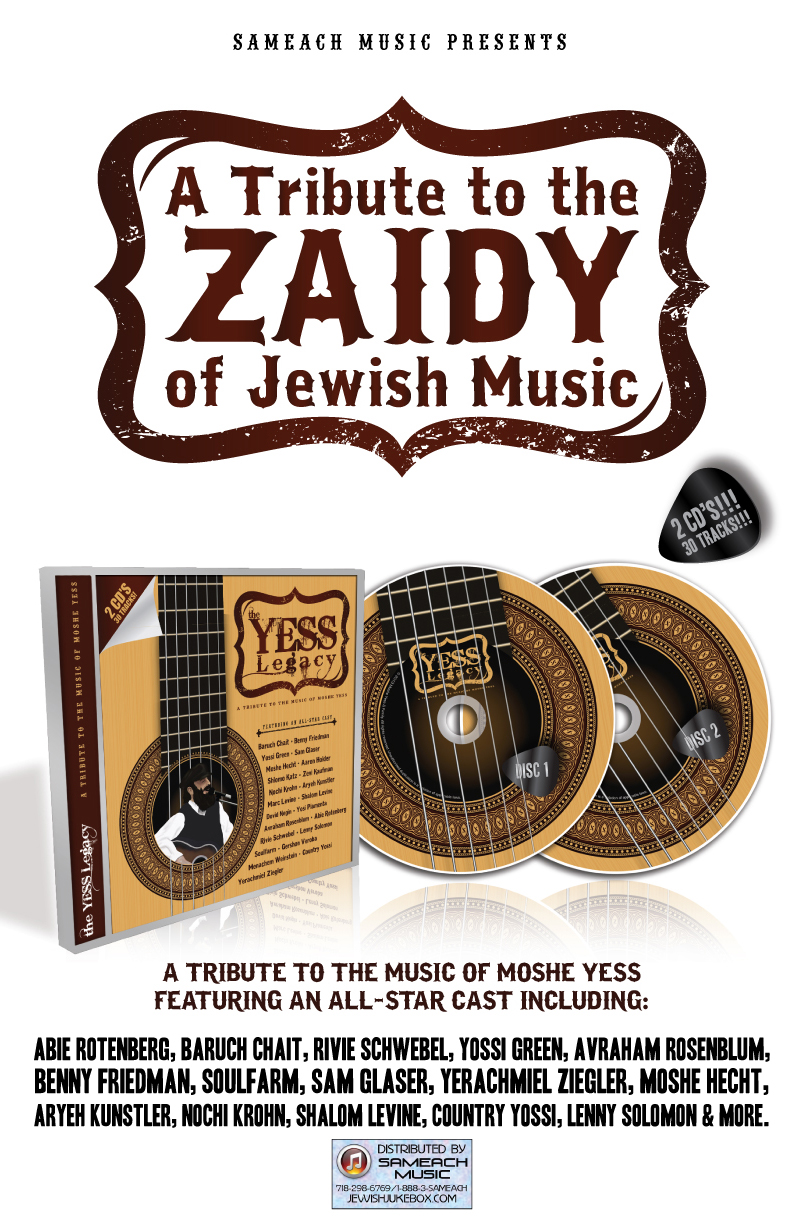 The Timeless—projects that endure because the tap into an emotion and/or define a particular style or artist…eg. works by Yossele Rosenblatt, Diaspora Yeshiva Band, Mordechai Ben David’s Hineini (and according to many I’d Rather Pray Than Sing), most anything by Reb Shlomo, early D’Veykus, etc.

The Timely—projects that connect because they’re the “best in class” in terms of capturing what’s ‘hot” music, song and style wise…while their hits may endure a wedding season or two…”Timely” Jewish music is a bit more of a revolving door.

Every so often Jewish music fans are graced with an artist/album that achieves both…creating songs that become a permanent part of our DNA for generations while at the same time achieving a level of popularity that’s measured in terms of countries and continents…not just local communities.

When describing the music of Moshe Yess the preceding becomes almost an understatement. Despite the fact Yess’s music came onto the collective consciousness in the pre email/Facebook/social everything era of the late 70’s and early 80’s, the plaintive yet powerful messages of songs like Jack Schwartz, “G-d Is Alive & Well In Jerusalem” and of course “My Zaidy” resonated with listeners throughout the world…and more importantly, still do today. Small wonder that world class performers like Abie Rottenberg, Yossie Green & 8th Day cite Yess as a major influence

What made the Yess/Megama (the duet he formed with cellist Shalom Levine) dynamic even more impressive was the simplicity of their sound. They debuted at the peak of the “disco” era—when pulsating rhythms and massive horn, synth & string sections came “standard” with any album. Despite this, Yess’s decidedly “minimalist yet musical’ sound and “wise yet whimsical” made an immediate connection with listeners. As Yess was a true artist, he dedicated himself to creating new material rather than preserving his music for future generations, because of this much of his work disappeared in a commercial sense…a situation that’s about to be rectified thanks to the talents—and dedication of Gershon Veroba &Yerachmiel Ziegler…the producers behind the Yess Legacy.

When Veroba & Zeigler were assembling the talent roster for TYL—the long waited tribute album to the music of Moshe Yess, they realized that it wasn’t about finding singers or even performers as much as it was finding “the Moshe Yess’s of today”.

Once they matched up this roster with the right songs (and schedules), the next step was deconstructing then reconstructing Yess’s music so it would keep its honesty and soul while still appealing to a generation that was at best peripherally aware of him.

The results are every bit as mind blowing today as they were in their original incarnation over a generation ago.

Veroba—a stellar performer/composer/producer in his own right, used his encyclopedic knowledge of musical genres as well as his understanding of what drives fellow artists, to create a sound that doesn’t simply do justice to Yess’s works, but actually refreshes them for a new generation of fans. Think of a craftsman updating a 200 year old landmark home for 2013 –yet doing so without changing the core layout or charm and you begin the understand the level of his achievement. Despite the updated sound, every song stays unwaveringly true to the DNA of the originals. Yess fans will be transported to the times in their lives when they first heard these classics, while ‘newbies’ will be captivated by the sophisticated simplicity of both music and message.

Even in an age of reduced attention spans, sound bites and video clips…the “stop and ask yourself what are we here for?” message that is central to many of Yess’s tunes, is even more relevant today. Because of this, Veroba was able to assemble a decidedly eclectic A-list of performers to take part in the project including Abie Rotenberg, Rivie Schwebel, Yossi Green, Avraham Rosenblum, Rabbi Baruch Chait, Benny Friedman, Shlomo Katz, Soulfarm, Lenny Solomon, Nochi Krohn, Moshe Hecht, Aryeh Kunstler, Marc Levine, Sam Glaser, Zevi Kaufman, Country Yossi, Menachem Weinstein Yosi Piamenta, Avraham Rosenblum, C Lanzbom, Andy Statman, Yaron Gershovsky, Gal Gershovsky, Moshe Antelis, Tony Montalbo, Aryeh Kunstler, Nochi Krohn and others. Shalom Levine, Yess’s partner in Megama was even brought out of retirement for a cameo—an appearance made even more special because it took place just weeks before Levine’s untimely passing.

Despite the incredible level of material, talent and production this 30 song, double CD set will retail for the single CD price of just $15.99. “Moshe’s music connected with people because it was about people—the concepts aren’t about the lofty as much as they’re  about the human condition. Recreating and respecting that without recognizing the need to also make sure it’s as accessible as possible to as many fans as possible, would be a disservice to the very soul of Yess Legacy” said Veroba

The album is available for digital download on JewishJukebox.com and mostlymusic.com and will be in stores next week.