One on One with Elimelech Blumstein 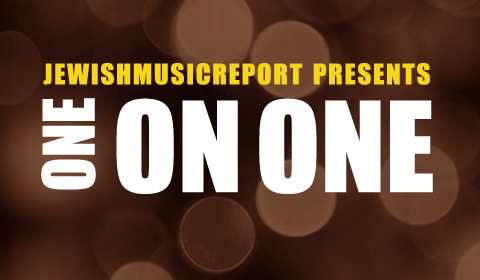 For our second One on One segment, JMR turns to the composer behind some of today’s biggest hits Elimelech Blumstein.  If you don’t know him by name, and you should given that the big boys in Jewish music all turn to him when they want something fresh and new.  Some of his compositions include Shaarei Mizrach (Avraham Fried), Batuach Ani (Yaakov Shwekey), Maaleh Ani, Misod and Mamleches Kohanim (Benny Friedman), Don Don, Eretz Yisroel and Birchos Avicha (Dovid Gabay) and Tick Tock (Shea Rubenstein).

JMR: At what point in your life did you decide that you were going to become part of the Jewish music business?

Elimelech Blumstein: I write Jewish Music because I love it. It is a hobby first and a business second. In 4th grade I wrote my first song to the pasuk in chumish I was learning at that time and have not stopped since.

JMR: What CDs are in the sound system in your car right now?

EB: I just downloaded BOND for Orchestra, a massive symphony playing the music of the James Bond theme songs, which is awesome. But I buy every single Jewish CD that comes out so I am always listening to the recent releases.

JMR: What is the craziest experience you have ever had in the music business?

EB: Just this Shabbos a guy comes up to me saying, I tried to sing your song for Keil Adon but no one sang along. I ask him which song and he names a new song that I happened to have taught at a recent kumzitz but was never released on an album yet.  But stay tuned for the next Yehuda Green!

JMR: What is your favorite breakfast cereal?

JMR: What person has had the most influence in your life?

EB: Reb Yitzchak Berkowitz, whom I learnt by in Eretz Yisroel for three years and got Smicha from.

JMR: What would your dream duet be?

EB: The Freidman Family- Benny, Avremel and 8th day all together. No that would be a great show!

JMR: What do you have in your pocket right now?

JMR: What did you want to be when you grew up?

JMR:  If you could be any kind of fruit or vegetable, what would you be and why?

EB: An esrog – it is the most valuable.

JMR: What is your all time favorite song/album?

EB: Habet from Abie Rotenberg. I remember the first time I listened to that tape on my walkman,  I fell asleep half way through. When I awoke I knew I just heard a something amazing and I pressed rewind.

JMR: What is the ringer on your cell phone?

EB: I keep my phone on vibrate. I have had way too many bad experiences with ringers.

JMR: If you were stranded on an island and could only have two things with you, what would they be?

JMR:  Tell us an interesting fact or tidbit about yourself that isn’t public knowledge.

EB: I got a kiss from R’ Shlomo Carlebach!!  I actually spent Shabbos with him and he called me and my brother to sing with him, but we didn’t know his music yet, so we sang Hamalach together.  In truth, music is in my blood. My father and his twin brother, Heshy and Hilky Blumstein, were the hottest singing sensation in their day, forty years ago. They were featured on the JEP albums, Kochavim, Pirchei albums and many more.  Needless to say they are having lots of nachas!