The Top 5 In Jewish Music by SPLASHNEWS 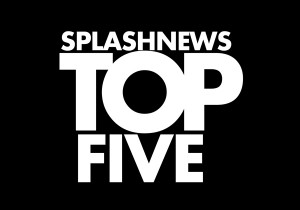 SPLASHNEWS-It’s a new year which means it’s time for my list of  The Top 5 In Jewish Music. This past year has brought us the debut albums of many new singers including Shragee Gestetner, Tzudik, and Shauly Waldner to name a few. While these “newbies” won’t make it onto this list yet, you now see how many singers there are out there which makes it that much harder to hit the top. Not so long ago we got maybe 3+ new singers a decade. Now, we get more than that every year. So, you want to know who is the top singer this year? Who’s the new guy on the list and who was knocked off? Read on and find out. Of course this is my opinion so if you disagree, feel free to voice your own opinion below! (Last years rating is in parenthesis)

1. Avraham Fried (1)-Fried has shown us with his latest album “Keep Climbing” that not only is he at the peak of his career, but he will continue to climb. His voice on this stellar album is the best that I’ve ever heard from him. But of course one album won’t give someone the top spot. Avraham Fried also continues to perform in large concerts all over the world. Oh, did I mention that almost every concert is a sell out? When it comes to stage presence, Fried is “it”!

2. Lipa Schmeltzer (2)-One of the most controversial singers today, Lipa has shown us that he will do anything to please his fans. Although his album “Meimkeh D’Libah” was a work of art, he realized that the average joe can’t really relate to that so he created “Leap of Faith”. In a SPLASHNEWS last year Lipa said “I realized that the way people listen to music has changed so I need to have catchy, easy to learn songs, but I also want the art so I will mix and blend both”. While the  album was well recieved, I am still waiting for another album like A Poshiter Yid which may have sold more copies than any other CD in history. Ever heard of “Wake Up”, “Shelo Osani Goy”, “Yener”, “Binyan Adei Ad”, and “Hentelach”? Yeh, they’re all on that album! Regarding performing, if you look that word up in a dictionary, it might just say Lipa Schmeltzer. You want to know why we have so many singers today? Read what it says above after the bold number 2.

3. Yaakov Shwekey (5)-Last year I wrote that Shwekey was losing it a little bit and he had to bring his music up to date. This year he released “Cry No More” which I was very impressed by. He had two songs of the likes we have not heard from Shwekey. ‘Lo Yaavod” and “Cry No More” showed me that he can steer away from the typical if he wants. While I think he still has ways to go before he can reclaim the status he had in the “Racheim” days, he is on to a good start. We can expect many more years of music from him. While Lipa had the most influence in music the past ten years, Yaakov is close behind with many singers who see him and realize that they can do it too.

4. Shloime Gertner (4)-Shloime I think has found his place in music and is comfortable where he is. He released his third album a few months ago and is still very popular world wide from America to Eretz Yisroel and everywhere in between. Oh, sorry England let me start over; Shloime gertner is the King of Jewish Music…..LOL. He is also a great performer who can hold his ground no matter who is singing next to him. His voice is very unique and pleasant to listen to which I think is his biggest strong point when it comes to retaining a spot on this list in the years to come.

5. Benny Friedman (-)-Benny has taken the music world by the storm. He is gaining world popularity faster than you can say Yesh Tikvah! While until this latest album he was a household name in the States, “Yesh Tikvah” has been making its way through every corner of the land across the pond. His title track was even used as a campaign song for one the biggest political parties in Israel. He also might have the most original music video that I have ever seen. If you haven’t see “Maaleh Ani” yet, you are missing out. The most amazing thing is that every time I think about how big this guy is, I remember that his career is only just getting started! The best of luck to him and everyone else in Jewish music.

-So who was on this list last year and didn’t make it this year? Let’s see if you remember…Let’s just say that it was a tough call to put Friedman and Gertner ahead of him so we actually took a poll and based the listing on that. Let’s hear what you, the readers of JMR have to say.

-P.S. Once again I have to write that I didn’t list MBD because he is officially retired or at least he claims he is!