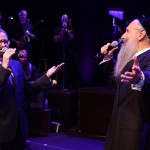 Over 1,500 people from the Jewish community in Sao Paulo, Brazil, filled The Bradesco Bank Theater to mark the 18th anniversary of Yeshiva Ohel Menachem Lubavitch in Sao Paulo.

Hundreds of students from all over the world have spent time learning in the Yeshiva, which now has over 100 students, including a thriving Smicha -(Rabbinical Ordination) program which is celebrating its 10th year.
As part of a series of celebrations saluting this great mile stone, 18yr’s of Commitment, Education, Contribution and a strong positive impact on the wider community, the Undisputed King of Jewish Music in our days Mordechai Ben David and the revered, legendary composer Yossi Green, took to the stage of one of the most prestigious venues in Brazil  accompanied by the Shira Choir & ” The Freilach band ” of New York,  conducted by Mendy Hershkowitz.

“Our Yeshiva in Sao Paulo is like a haven and oasis of spreading the well springs of Chasidus and illuminating the city with Torah and mitzvot,” said the Dean & Rosh Yeshiva Rabbi Shamai Ende.

On behalf of the State of Sao Paulo, Member of Parliament Floriano Pesaro surprised Rabbi Ende with an on stage presentation in honor & tribute to the Yeshiva under his Leadership of the 18 years of integral communal contribution to the wider Sao Paulo Community.

“The activities of the yeshiva are not only within the Chabad community, but also reaching out to all the broader communities in Brazil,” said Rabbi Mendy Koncepolski, Director of the Yeshiva. “Our students and staff cater to all communities throughout the year, spreading the light of Chasidus in Sao Paulo and throughout Brazil.”

Rabbi Koncepolski noted that the large crowd in attendance is a real indication of the effect of the yeshiva and its students on the wider Jewish community.

The event was Produced by Yaron Levy of Pearl Productions NY. 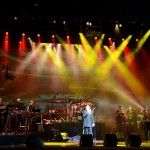 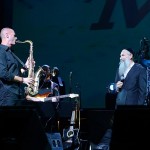 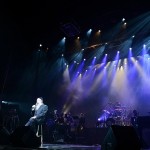