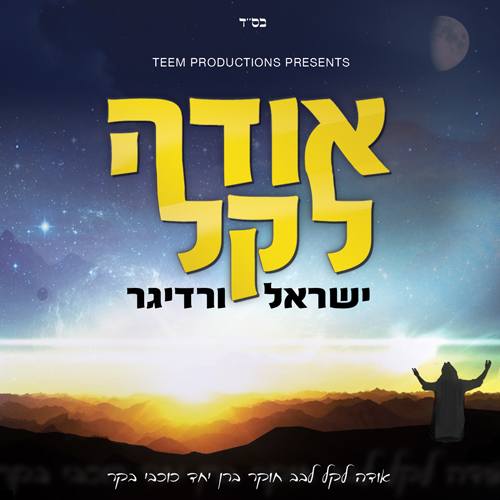 Oideh Lokeil is packed with a full 60 minutes of Jewish music at it best. As with Werdyger’s preceding two albums, Bayis Ne’eman and Ashira Vaazamra, Werdyger and the Teem once again prove that music can be heimish and proudly Jewish, yet still provide as much high octane drive as anything else out on the market.

In addition to the many new tracks, the album also includes the hit single Mesikus Hatorah, which became wildly popular in Israel after it was released there earlier this year. The song features a new arrangement and completely re-recorded vocals for this album. Oideh Lokeil features choir arrangements by the talented Moishy Krauss as well as guest choir performances by Mezamrim on two songs. This album will have you listening over and over again.

You can hear a sampler from the album and pre order the CD at MostlyMusic.com.