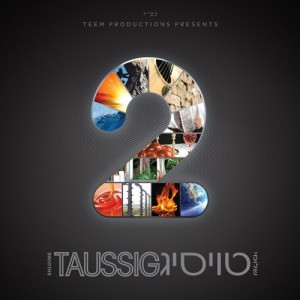 TeeM Productions presents Shloime Taussig’s first ever music video, featuring Sasson V’Simcha, a unique Samba styled wedding song that has become a hit on the simcha circuit. Delivered as always by Taussig with his signature smile, Sasson V’Simcha, the fifth track on Taussig 2, is that one of a kind song that gladdens the heart with every listen and has become a favorite of Taussig fans worldwide.

Noticeably absent in the video, which was produced by Ezra Neumann and Mordche Dovid Neumann, is the presence of any gimmicks, schtick or glitz, instead letting quintessential Jewish music, performed by one of the brightest stars of today’s generation, take center stage.  With arrangements by Shua Fried and orchestration by the Freilach Band, this Yossi Green composition is vintage Taussig, filled with warmth, hartz and Yiddishe taam, blending just a hint of today with music that never loses sight of its Jewish roots.