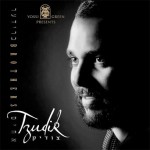 Let me begin by saying that this is a phenomenal album! Yossi Green presented it, but that isn’t Tzudyk’s only claim to fame. He has a great voice and can do chazzannus as well. Many songs are arranged by Shua Fried. We gotta thank Sruly Werdyger for really putting Shua on the map as he is a fabulous arranger and Sruly was the first one to have him arrange an entire album and that got him going.

1) He starts off with a bang with Gadlu. First a chazzonishe shtickel, then  a catchy 3-part leibedike tune. His voice blends very well with Yossi Green’s and you can tell that from the entire song.

2) Al Eileh –  A hauntingly beautiful slow song that fits with the melancholy words from Eicha mourning the destruction of the Bais Hamikdosh. For those growing up in the ’80’s Amudei Shaish was a popular album and its hit was Al Eileh – also composed by Yossi Green incidentally. This doesn’t sound at all like that. This is a real dveikus’dike niggun.

3)  Ano Avdo – Seems they are into Krias Hatorah – first Gadlu, now Ano Avdo… Anyway, this is a little faster than a waltz, but it’s that style and Tzudyk harmonizes beautifully with Yossi again…

4) Kol Mekadeish – Do you remember Avraham Fried’s Meshoich on Forever One? That’s also a Yossi Green song. This time Yossi went for the whole Kol Mekadesh and turned in a masterpiece. He has so many styles of songs, but when it comes to Shabbos zmiros, he has a special knack to create niggunim that can enhance your Shabbos or Yom Tov table with the same Haimishe taam that you are used to.

5) Shabbat Menucha – Also composed by Y.G. A hora style that starts off with kids singing Sefardi, but Tzudyk sings it regular Yeshivish with a sefardi shtikel towards the end of the song.

6) Moidim – Composed and arranged by Mona Rosenblum. It’s a waltz similar to “Ze Hayom” – a popular Belzer song that was incidentally arranged by Mona! In the middle he goes hartzig with a slow shtikel on the words ” Al chayeinu hamesurim biyodecho” then goes back to the waltz with Moidim anachnu loch. Mona’s vocals add some spice to the song.

7) Shaas Rachamim – Composed by Moshe and Eli Laufer. This is a slow hartzige song with the words  “Ovinu malkeinu Tehai hasho hazois”. Tzudyk sings with such confidence and hartz just like the big boys that it’s hard to believe this is his first.

8) Sim Sholoim – Back to Yossi Green. This is an upbeat song and Yossi is featured prominently with his vocals. Then at the 3:25 point it slows down and Tzudyk gives a feste chazzunishe shtikel then picks up speed again and finishes on a high note.

9) Blessed in Heaven’s Eyes – An English song composed by Ken Burgess that talks about expressing gratitude in the face of adversity – and it’s a powerful message. The backup vocals are by the Black Hebrews Choir of Dimona – sound interesting and original! Leave it up to Ken!!

10) Brothers – Achim, The last song of the album and it’s composed by Yossi Green again.  The Hebrew words are Hinei ma tov etc. It’s very upbeat and leibedik. Then he comes in with Yiddish and English messages about achdus. Then at the 2:15 the music plays a tune that sounds like “we will beat you (rock you)” like we used to sing in camp. Then it ends off with sehves achim again.

All in all, this is one terrific album! Tzudyk is one of the real stars and we will hopefully enjoy his songs for many years to come.