Starting the new year let’s review the music of 5772, A year full of good stuff! 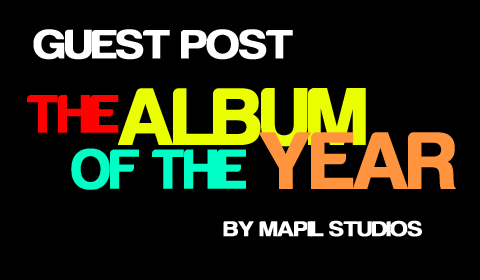 Starting with the today’s biggest star Lipa Schmeltzer’s Leap of Faith, an album full of hits, art, and whatever can be good for an album! Including the hits: ‘Kvodo’ ‘Mizrach’ & ‘Yigdal’, ‘Hang Up The Phone’ with an Amazing music video with close to 200,000 views on you tube, lots of slow & warm songs, songs that  took over Weddings

‘Keep Climbing’ by Avraham Fried – which doesn’t need to much to say, it says by its self! 13 Hits! Starting by ‘Hofachtoh’ ‘Retzoneini’ ‘Keep Climbing’ itself, through ‘Heimoh’ & ‘Kach Es Sheli’ and more! An album which is a hit even for Fried!

‘Hartzig with Shloime Daskal’ the 3th of the ‘Shades of Green’ series by Yossi Green, witch includes slow & warm songs, from Avraham Fried to Shloime Gertner, from the 90’s to new songs, -which all as one- great beautiful hits!

‘Taussig 2’,  Shloime Taussig brought us another mega hit album! Started by ‘Gam Ki Eilech’ composed by Eli Cohen, to ‘Sason V’simcha’ to ‘Hecher’…. Plus the new version of the hits song ‘Lashem Ha’aretz Umloah’ with a new taste!

Shauly Waldner surprised the world, when he came in to the Jewish music with his Mega hit album ‘Tov Hashem’ An album full of breaking mega hits, shud it be Pinky’s ‘Elokei Neshoma’ or -his brother- Yitzy Waldner’s ‘Ki Malochov’, ‘What Will Be’ and all other hits!

After 3 years waiting Yochi Briskman came back with the 4th ‘Project X’ called ‘Chassidishe Taam’ with ‘Areleh Samet, with an assume collection of the latest of Shwekey, Fried, Lipa & more

‘Cry No More’ by Yaakov Shwekey, full of fast & slow hits! Dance & Crys! The song ‘Cry No More’ a real hit plus the beautiful music video & the video for the hit song: ‘Lo Yaavod’

‘Fin Yetz’ – after hundreds of you tube clips of the wonderful & beautiful songs of R’ Yoel Roth, YTT productions (Yeshiva Tiferes Tora) & Frielech came together to produce an all new album, A finish Kumzitz! 11 heart full songs in Yiddish, an easy and holy way to talk to Hashem!

‘All You Got’ by 8th day, after they hit the world with their hit song ‘Yalili’, they now gave ‘All They Got! Especially the hit sonmgs ‘Harmony’ ‘Money Room’, ‘Rabbi’s Son’!

‘Peace in my Heart’ -the 3th debut album of Yehuda Green, with song of R’ Shlomo Carlebach with a new taste plus some of his own compositions

‘Mimamakim’ by Yitzchok Fuchs, I would call him the best for his genre, one by one full of ‘Kumzitz Hits’

And no! I didn’t forget of the new Hit album ‘Yesh Tikvah’ by Benny Friedman, its just not from that year anymore! But on next years list it will sure be the ‘Hit of 5773! Let’s see!!