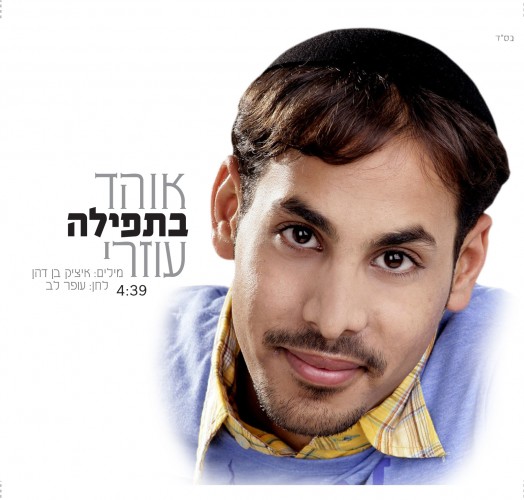 Mediterranean music has known quite a few successful artists in the last decade, however a combination of oriental singing voice with a touch of an Israeli singer such as Ohad Ozeri, that is a first.

We are proud to present the singer Ohad Ozeri who is returning to music with his first single since his album was released in 2005.

The single “Betfilla“, was written by Itzik Ben Dahan, to the composition of Ofer Lev and the classic arrangements of Nadav Biton.

Ozeri burst on to the Jewish music scene ​​eight years ago with the debut album “Leshnois Sidrei Olam” and stole the hearts of fans everywhere. His debut album featured the hit songs “Keren Ohr” and “Kulom Rotzim Lehaamin”.

Now he returns to his natural place in Jewish music, and this time he is here t stay stay. Ozeri’s new album will feature new, young, and fresh musical arrangementsin all music styles, Jewish, Oriental, and Yemen, and creates the perfect belnd that fans have been waiting for.