Upcoming Lipa Video A Call For Solidarity Between All Jews 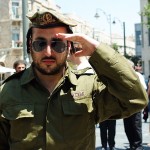 Lipa Schmeltzer is back at work on an all new music video, this time tackling the subject of unity.

Set to Lipa’s hot song Mizrach, one of the hit songs off his latest release, Leap of Faith, the video was shot in various locations in Israel and features Lipa demonstrating his solidarity with Israeli soldiers, singing and dancing with them in the middle of a Jerusalem square.  The soldiers featured in the video are members of the Netzah Yehudah Battalion of the Nahal Haredi, which gives religious soldiers the opportunity to serve in the army without compromising on their religious beliefs.

Describing how in Messianic times, Jews will be gathered from all four corners of the earth, the song Mizrach has become immensely popular and has become the latest dance craze.  Yet despite its lighthearted, spirited sound, the subject matter is very weighty.

“There is so much diversity among the Jewish population and sadly, there are those who don’t always look kindly at those who might look or act differently,” said Danny Finkelman of SparksNext, who is producing the video.  “But who deserves to be redeemed more than those who put their souls and body on the line, every day, in order to protect the State of Israel and the Jewish people?”

Lipa, who is well known for expressing his love of all Jews, no matter what their affiliation, was honored to have the opportunity to express his support for Nahal Haredi, a cause that is near and dear to the heart of Lipa’s long time friend, David Hager, who just recently donated an Aron Kodesh to Lipa’s shul.

“We have enough separation in this world,” explained Lipa. “I sing for all types of Jews, chasidishe, litvishe, chayalim.  I love every Jew and it is important for all of us to remember that achdus should be our highest priority.”

Finkelman hopes to release the video within the next two weeks. 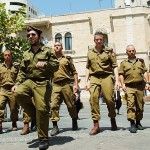 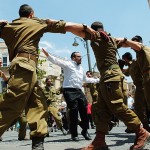 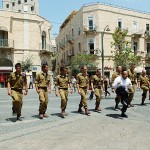 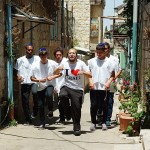 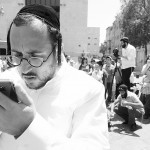 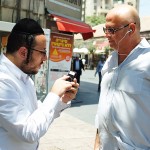 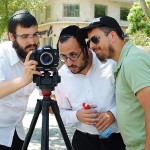