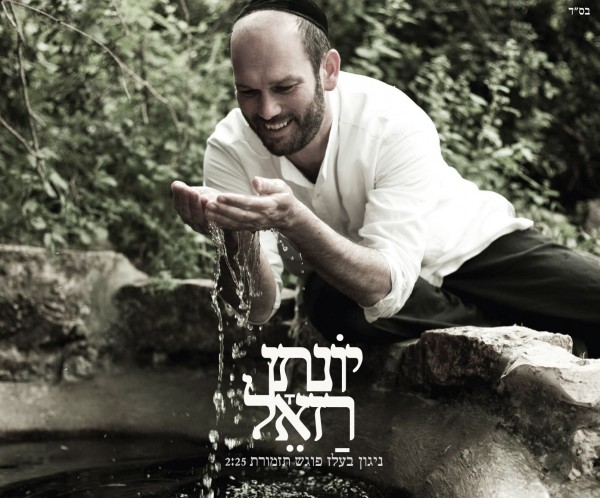 Nigun Belz is the second single from Yonatan Razel’s new CD. Just five years after he released his debut album, “Sach Hakol” has reached the status of GOLD and the sales has surpasses 30,000 CDs. After the huge success of the song “Vehi Sheomdoh” which was released in 2008 by singer Yaakov Shwekey. Razel returns to work with Eviatar Banai and is currently finishing recording his second album to be released in the next few weeks. The new album will include 10 including songs penned songs and melodies and texts from the scriptures.

“This melody” says Razel “has always touched me, it is a gift something that has rested for a moment, takes you back up and up again and again”. “When we recorded the album, I had a thought suddenly to re-introduce this song to the musical world I grew up in, the world of classical music”. It started as meditation and slowly caught “size” although this result is still perceived as a kind of “anecdote” – but anyway, baruch Hashem it is joyful and refreshing.