Almost a year ago the Nochi Krohn Band released the long awaited follow up to the critically acclaimed debut album “Ananim”. The new album entitled “Banai” was a robust album filled with life and raw emotion. ALL of the songs and arrangements are very musical and diverse. The album connected with people in more than just an entertaining way. The title track “Banai” featured special guest, R’ Yosef Karduner. This song was so special with a positive message that we needed Reb Yosef to convey it to the listener. Now as Tisha Bav approaches, is the perfect time to re-release the song as an A Capella single. The song speaks about Hashem talking to us telling us that every mitzvah and action counts, no matter how small. The new Bonai Vocal Version is available as a FREE download 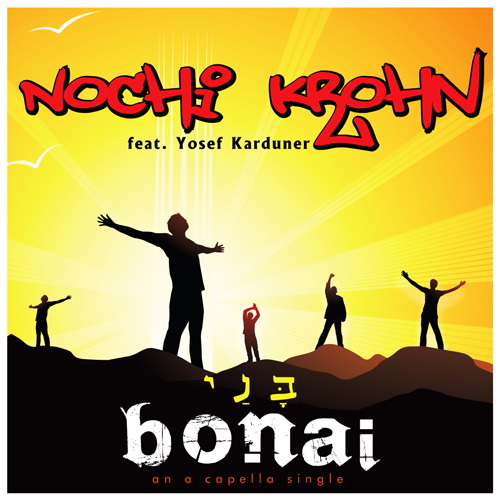