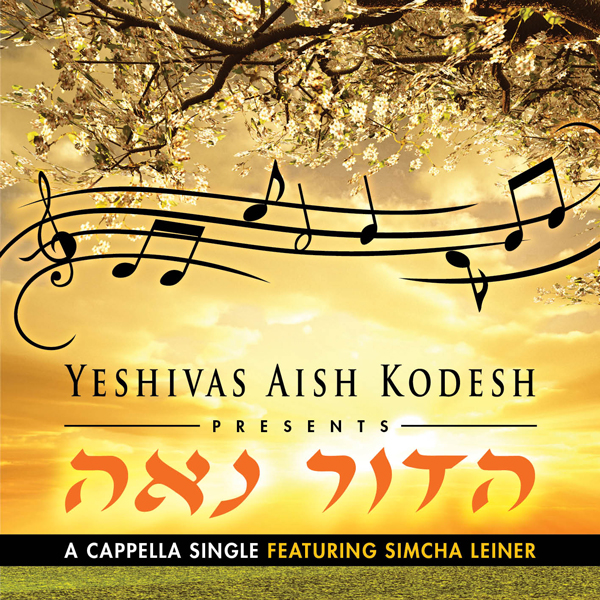 Yeshivas Aish Kodesh’s new CD will be out in a few weeks. They already released a single, Aishes Chayil before the Summer started. Here in their second single, Hadur, an a cappela track sung by Simcha Leiner.

Yeshivas Aish Kodesh is a new adult choir putting the finishing touches on their debut album. The new CD will be available for the Shabbos Nachamu season. The album was arranged by Jeff Horvitch and features lead vocals by Shloime Taussig, Shaya Illowitz, Sruly Green, Nachas, Simcha Leiner, and a few more surprises!