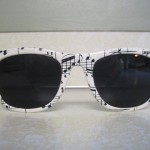 SPLASHNEWS- With summer here and most camps starting this week, people always ask me what I think will be “the” songs this summer so here is a list of “The Top 10 Songs” to take you through the summer. I did not make such a big deal about the order, but they did come to mind in this order so take that however you want. Of course many of you will have your own opinions of your favorite songs. I would love to hear them.

10. Tateh (Helfin Shoin) by Beri Weber – If you were at a wedding recently and heard the popular “Chabad Niggun” from the latest Beri Weber album, you probably also heard this song, “Tateh”. It is one of the most simplest songs I have heard but sometimes, those are the ones that will take off. This song is also remarkably similar to “Hentelach” from LIPA. Make sure you have this song on your playlist this summer.

9.Lashem Haaretz (Bom Bom) by Shloime Taussig – This song, when it made its debut last year was very popular and I love that it was different and unique (thank you Yitzchok Fuchs). When I heard that Shloime was going to use it again, I was skeptical. When I heard that he was rearranging it, I was a little less skeptical. When I finally heard the new song, I was blown away! I simple love the arrangements with the heavy emphasis on the violins. It is as if the song was reborn. I fully expect to hear this song sung often this summer.

8. Lo Yaavod by Yaakov Shwekey –This song is one of the most pumping songs that came out this past year. It is catchy and easy to sing. The only complaint that I have heard is that it is too simple.  A complex song with intricate arrangements will not make it onto this list though. The only argument you can make is that maybe “Aleinu” should be here instead. Yes, it is a gorgeous song and perfect for a kumsitz but if I had too choose which one will be more popular, I have to go with “Lo Yaavod”, although it is a tough pick.

7. Hofachta by Avraham Fried–Fried’s latest was and still is a stellar album that was bought by everyone including those people who don’t generally buy music. This song, “Hofachta”, was the opener and was so good that I had to listen to it again even before I heard the rest of the album. To say it’s the best song on the album is arguable because I personally would give that honor to “Retzoneinu” which is one of the nicest songs that I heard in a while. I left it off this list because it is not really a singable song, which is fine because I doubt it was meant to be sung anyway. People will probably attempt it at kumsitzin, but it will take talent to pull it off. I therefore stand by “Hofachta”.

6. Hecher by Shloime Taussig– Yes, a second song from Taussig. Many people are telling me this is their favorite song of the year. While I would not go that far, I agree that this song makes it onto the top 10 list for it is extremely catchy and simple which makes it very easy to sing, even for the non-yiddish speakers. It is also a techno style song which is all the rage these days. A close friend of mine, a Camp Kol Torah song writer, told me that he plans to use this tune this summer.

5. Hang Up The Phone by LIPA– Although this not my favorite song on the album, this is already a popular song with a music video of the likes we have not seen in the Jewish music world. It’s amazing how Lipa continues to remain a step ahead of everyone else! This is a song that probably would have been popular even without the music video but it definitely helps. (just look at Yalili.)

4. Kids of Courage by New York Boys Choir–NYBC, led by Yitzy Bald, made their debut last year with an album that took many by surprise. The songs Maaminim and Chesed were song all over and were used in many camp productions. Although they are a kids choir and likewise are very popular amongst the younger crowd, they also have stunning slow songs that were very popular among people of all ages. This latest music video, “Kids of Courage”, is more hip than their other songs but is extremely catchy and I expect it to be a huge it. If you haven’t seen it yet, you are missing out.

3. Chabad Niggun by Beri Weber – This song from the hit album, “Thank You Hashem”, has been the biggest hit this past year taking over the popular Ki Hirbeisa as the number one hit song in the Yeshiva world. It has been played by almost every wedding, Rebbe’s tish, and is sung just about every time bochurim get together to dance. This song will continue to rock through the summer and will make its way through every corner of the Catskill Mountains and beyond.

2. Mazel Tov (T.T.D.F.) by 8th Day–Without a doubt, 8th Day has made the biggest splashwen they came out with their smash hit song Yalili over the past year. Their new album, “All You Got”, has been rolling off the shelves. Although it features many songs that can become hits, “Mazel Tov” is the one that hits you right away as a catchy and pumping song that is just fun to listen to. This will probably be very popular in the summer camps.