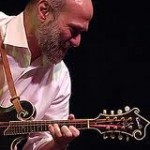 An Orthodox resident of Flatbush is just one of nine people named as a recipient of the National Endowment of the Arts National Heritage Fellowships, the United States’ highest honor in folk and traditional arts, presented to honor a lifetime of achievement in the arts.

Musician Andy Statman will be joining the other honorees in Washington DC for the awards ceremony in October and will be receiving a $25,000 cash award from the NEA.  Since its creation in 1965 the NEA, an independent federal agency created to fund artistic excellence, creativity and innovation, has awarded approximately $4 billion to its honorees.  Among this year’s honorees are several musicians as well as basketmaker Molly Neptune Parker, a husband and wife team of dog sled and snowshoe designers and builders, Paul and Darlene Bergren and master shipbuilder Harold Burnham.  Two hundred nominations were received for this year’s National Heritage Fellowships, with recipients nominated by the public and judged by a panel of experts for their continuous artistic contributions to their respective fields.

The sixty one year old Statman, who hails from a line of chazanim so long it dates back to the times of the Vilna Gaon, has been playing clarinet and mandolin since his early teens and composes his own music in a wide variety of styles.

“A lot of the songs could be considered klezmerish or being in a more chasidic vein, but always with my own take on it and with lots of room for improvisation,” Statman told VIN News.

His well known Andy Statman Trio, which was originally formed as a quintet over a decade ago, currently performs as often as twice a week at the Charles Street Synagogue in the West Village, one of the oldest synagogues in New York City, and while Statman did not recall the exact number of performances staged by the group, he estimates it to be approximately 625.  A fan of many different musical genres, Statman has over twenty five albums of his own to his credit and has played on over one hundred other albums. Statman has received not only a Grammy nomination for his work but also accolades from sources as diverse as the Jerusalem Post the Chicago Tribune and The New York Times.

While seven other Jews have been named NEA National Heritage Fellows, Statman believes that he is the first Orthodox Jew to receive this honor.

“Over the years, a lot of major contributors to American culture have received this award,” said Statman.  “This is a very big honor and I am amazed to have been recognized in this way.”

Statman was informed by the NEA that while the annual awards ceremony has been traditionally held on Friday, this year’s event was moved to Thursday night in order to accommodate him and that there will be kosher food available for him and his family.

“Mr. Statman’s observance of the Sabbath was one of the reasons for choosing to hold the event on a Thursday, although a number of considerations went into choosing the date,” said NEA spokesperson Elizabeth Auclair.  “We always try to avoid the Jewish holidays when planning the concert and other NEA National Heritage Fellowship activities.”