Hislahavus’ Review of Leap of Faith 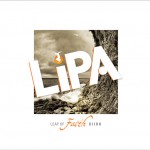 It’s always a good day when we get a new Lipa offering, isn’t it? As always, the talented guy comes up with some good stuff. Let’s check it out, looking at it honestly after a few weeks of analysis and highlight the best of the best on this album. (BTW, Lipa scores once again on a great album name!)

Bachatzotzrois: (****) The intro features trumpets, which appear in and out of the song, as befits these lyrics. The tune is good, but pretty standard. Lipa keeps things interesting with varied vocal movement across the board. He does an extraordinary job on just that during the second time through, with a smooth vocal ride and touch-perfect control. The tune is quite singable, but as an opening song, doesn’t pull you into the album as much as Gam Zi Letoiva, Raboisai and Splash did. As for the arrangements, I love the subtle, yet well-placed shofar blasts scattered throughout combined with the sharp horns. However, it could have used with more emphasis placed on trumpet soloing, alongside the simple blasts, and less emphasis on the strings. I think that would have given it the bit more color to take it to the next level. Excellent background choir mimics the brass on and off. In any case, a fine song with plenty to listen to.

Yigdal: (****) The next piece of the album is a pretty tune, with a very aidel performance by both Lipa and friends. Outstanding mix of harmonies, delicate guitar work and gentle soloing are found all the way through. Around 3:58 and onward, and particularly after the guitar breaks itself through, they really dial it up, with a mix of full and complimentary harmonies. Absolutely solid backing arrangements and choir – in fact, just about as good as you’re going to find anywhere. While the instrumental at the end stretches out a bit too far, Lipa finishes it off perfectly. Geshmak.

Kvoidoi: (*****) Lipa loves his disco, there’s no question about that! He also seems to like the word “Ayei”. This bouncer proves that he isn’t beholden to everyone, and he’s still got it in him to do something a bit out there, but still keep it within the realm of Jewish music. One of my favorites on the record, the really nice thing about it is that the composition is totally chassidish in style, but the sci-fi arrangements give it a nice spicy kick. I particularly like the fact that they didn’t rely solely on the synth (as they do in Hang Up the Phone and Mizrach). Instead, you have a nice rhythm guitar, and those sound like real percussion to me. Lipa seems to be taking it easy on the vocals and not letting it rip as he could, or at least as he has in the past. He still manages some vocal gymnastics, though. Lots of fun.

Vayehi Binsoia: (***) Another pretty slow song (Yossi Green comp) that is fairly basic. My only beef with this sweet song is that any lyrics could have fit here. I don’t really see that the words they chose  fit the spiritual space of the tune. The very delicate arrangement begins with a simple piano-based orchestration, but moves further along into a very dramatic operatic experience, and slips easily from there into a gorgeous humming falsetto ending. All in all, it’s a simple but good piece.

Hang Up the Phone: (***) One of the more humorous pieces of the album (and by now you must have seen the video), with an extremely important message for everyone out there. The trance composition is very simple, though. It’s cute and funny, but doesn’t have much depth. The nigun style bridge in the middle gives it a little more something. (It also accentuates the emotional/spiritual difference between a niggun and trance music.) I would have liked to see some organic instruments crack the digital space when going through that bridge – it would have really brought out the difference between computer and reality. The kids will love it, in any case – my kids do, and my bet is it’ll be one of the hits of the camp season.

Vedabkeini: (****) A fun, fast-paced song that is reminiscent to some degree of his Ve’etuheir on the album Letoiva. The “ghetto” Yiddish at 3:30 is pretty cool, followed soon after by a fun rapid-fire verbal display. His Yiddish translation work adds a very personal angle to it. What is it about Yiddish that manages to do that? I find that with many songs that are mostly Hebrew, if you toss in one or two lines of Yiddish, even if it’s a direct translation, it suddenly jumps to another level. Whatever the case, every time I listen to this song, it gets stuck in my head – it’s just that catchy. Good brass features a growling sax, and the percussive/bass trumpets before we enter the “ghetto” we mentioned before has a cool and unexpected sound. Anyone know what the last comment Lipa makes, towards the end of the song? Yeah, right before the trumpets get stuck briefly running into the William Tell Overture. (Just briefly.)

Yeled Katan: (*****) Lipa now has his very own Aleh Katan, as Yishai Lapidot joins him with the composition, an excellent Ivrit rock song to add to Lipa’s multi-lingual discography. I don’t expect it to match Aleh Katan – that song seems to have a life of its own – but it’s deserving in its own right. He sings it with aplomb, matching quite nicely with the awesome arrangements. I particularly like the strong guitar and piano work. But really, the professional yet hartzig Lipa vocals are what give it the color and flavor that we love. I never would have expected Lipa’s and Lapidot’s voices to go nearly as well together as they do, but they mix very well. It seems like Lapidot added his touch to both the choir – that high pitched second harmony is not typical of Lipa’s choral work – and to Lipa’s finale, with a subtle bend that is totally Yishai’s. Great job, great song.

Leap of Faith: (****) Going back to the jazzy style of Keinehora, this second Yiddish/English song is another excellent creation. THIS is what we expect of a Lipa composition – creative, meaningful lyrics; energetic harmonies; and a sound that no one else in Jewish music has ever attempted. All that can be found right here. Lipa’s accent in English gives him new rhymes to play with, ala Isaac Bitton and Raya Mehemna. Strong horns, funky percussion, electro zaniness and more awesome rhythm on the electric guitar blast the song outward and give it many layers of color. It’s only the last 1:20 of the song that could have been worked with a bit, in which the horns repeat the same movement over and over again (16 times, by my count!). While it’s got some cool vocals and the keyboards running across it, it gets too repetitive. An instrumental jam session overlaid as well (say a guitar and sax), and knocking it to the back of the mix, would have perfected it.

Lipa’s Shul: (*****) We end the album on a gorgeous note, with another one of Lipa’s gems. This one is complete, starting with the sparkling piano which begins and wraps it up. Lyrics: beautiful. Arrangement: gorgeous; no, heavenly! Vocals: heartfelt, real and touching. Choir: pitch perfect. Big time credit to Naftali Schnitzler for the fantastic orchestration; the piano/strings are a thing of real beauty, all the way through from the first through the final note. The theme just by itself would have scored a five in my book, and the intro and finale are just sublime. This song speaks for itself – kick back and enjoy.

So, what’s the result? Well, Lipa is on record saying this would not be an artsy album. But what would that mean? Now we know – he published an album of “standard” Jewish music; not as much of the edgy, creative, inspired brilliance of some of his earlier stuff. Whether you like it or not, an artist is judged by their prior work, not by the mainstream. (Boston Red Sox slugger David Ortiz just kvetched about this the other week.) So when a guy has albums like Keinehora, A Poshiter Yid and Me’imka DeLipa (and even “ordinary” albums like Baderech, Letoivu and L’eilu Il’eilu), he’s created an extremely high bar to be judged by.

You have to understand my review with this note. I love Lipa. I love his creativity, his willingness to go almost anywhere, and his vocal and artistic talent. And I like this album as well. But he did hold the talent back a bit; after all, he basically said that himself, and I want to see more of that talent, despite the goodness in this record.

All in all, it’s a good album, with some excellent material. After all, Lipa Schmeltzer is one of our very best. You’re getting a full and talented production every time you buy one of his CDs. Yes, I do feel that this one needed more verbal and creative variety. Yet, despite all of my critiques, there ain’t no one like Lipa!