The Best of Mordechai Ben David – a Career Perspective pt. 4 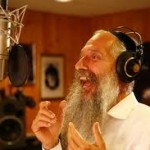 Maaminim: (***) 2001: The title track of this album went just about as far as Moshiach did, becoming the next in MBD’s series of uber-hits, and being sung at soccer games in Yerushalayim. MBD’s voice still sounds strong and powerful, and he really belts it out. I don’t know why they went with the fake horns in the orchestration – the song would not have been the same without the authentic sax, and real brass would have lifted it up even further. Maaminim is followed by another two above-average songs in the beautiful Torah Hakedosha and the electro Lefonov Naavod, but falls to average and below for the rest of the album. Chasoif, the Yiddish song on the record is the one other exception; MBD puts it out with feeling, and the chorus does nothing if not send shivers up your spine. (Hey – am I the only one who thinks that the song Chasoif, put out in memory of the Mumbai massacre by Benny Friedman, etc., is way too similar to this song?) No other song on the album moves me at all.

Kumzits: (***1/2) 2003: A refined sound permeates this live album, with Avi Piamenta’s flute featured prominently. An alternate name could have been “MBD Unplugged”, because that’s the style and attitude, despite the electric guitar that appears on Moshiach and the background keyboards. This is a mellow record that gives new perspective to some oldies, as well as songs that were not originally MBD’s. Yeedle’s hit Shiru Lamelech begins things off, and the guys from Yeshivas Shaarei Yosher seem to really know what they’re doing. Awesome percussion gives the ear pleasure throughout, beginning with the intro to Avraham Fried’s Hinei Ma Tov (actually, a Pittsburgher Niggun). Yaakov Shwekey’s Rachem (#4) is far better than the original, but still, “I’m So Sick of Rachem” and all that… That’s a song that was just overused. Ma Oshiv was a nice addition. After all, it had been originally produced on Suki and Ding’s Hallel, and album that is all but forgotten. The guys really get into it on Carlebach’s Venisgov (#2) and quickly move into his Mizmor Ledovid, sans words. The reprises on the album – Lo Omus, Va’ani Bechasdecha #2, Moshiach and Lulei Soroscha – are all pretty and sweet. This is a really chill album with lots of good stuff.

Nachamu Ami: (*) 2004: With only three songs, and one (Boi Yovoi) that got rereleased on Efshar Letaken, this is a pretty forgettable CD. T he quality of the songs isn’t that bad – they would all be fine as fillers on, say, Efshar Letaken, but as a single, they don’t do justice to each other. Boi Yovoi is the only fast tune, which did not need a child soloist at all. Nachamu Ami is pretty, and Ad Mosai – taking lyrics used earlier in the awesome Al Tisya’esh, but with a tearful expression used here – has the tune of a heartfelt Tefillah, but MBD spends too much time going falsetto. It intrigues me to find out what they were thinking to release these three songs separate from a full album – it just doesn’t make that much sense to me.

Efshar Letaken: (***) 2006: To my mind, this record is a direct continuation in concept and style of Maaminim. It has a few good tunes in Usid and Nodeh Lecho – notable mention goes to the falsetto bridge in the latter song. Veshulmu is another solid, eminently singable song; an obvious Hillel Paley composition. The two best songs on the album, Gevald and Mi Ch’amcha, reflect each other with the Ashkenazic vs. Sefardic expressions (Mi Ch’amcha featuring a very Sephardic, “Wy, wy, wy…”). And the Yeshiva Boys Choir makes a nice guest appearance on Ono Melech, another decent piece. But the album as a whole staggers under the weight of three lesser songs: B’Rosh Hashana (#2) – with its snappy tune no match whatsoever for the somber lyrics. Really, what were they thinking? (Though I must admit that I always liked the shofar there.) Ve’da is an average composition, with a weak arrangement amid weak harmonies, and lyrics that just aren’t balanced well off the tune. Yeedle (the producer) could have found a song that would have fit his talents better. And the title track has a great concept and artsy production, as well as a good chorus, but at over ten minutes (!), especially considering the lengthy Carlebach-like speech, it’s just way too long. As for the rerelease of Boi Yovoi, while it may be better here (it’s faster and peppier), it’s unnecessary.

The Yiddish Collection: (**1/2) 2007: Another anthology, but this one has a very different approach than the one taken for The English Collection. Only six songs here were rerecorded, and only one very weak song (Tatte) is new. While a song as superb as Golus Pharoah did not need to be remixed, Yidden was pretty tired – having appeared on 3 HASCs and Live in Yerushalayim, besides the original. As for the six new oldies, it must be said that it was going to be difficult to repeat his success, simply because competing with his own youth is just impossible; his voice here is thick and heavy, and cannot compare with the light and lithe voice of the originals. If I were involved, I would have taken the vocals from the original and placed them atop the new arrangements. I really like the fact that they took the beautiful old arrangements and gave them slight modern adaptations. Ich Hob Gevart is the top song on the album, followed closely by Tayere Futter. Nix the child soloist on Bloz Dem Shofar, and that would have been a good song. Lichtiger Shabbos should have been slowed down a bit. It’s a nice compilation of songs, but too much to complain about on the redone songs.

The Platinum Collection: 2009: I guess you could say that this is a collection from about when MBD went platinum. I say that, because this collection only takes numbers from The Double Album and onwards – surprisingly not drawing from the powerhouses of the 80’s, Let My People Go and Not For Sale. All in all, if you were going to buy only one album from the 90’s and onwards, this is a decent collection. “Decent” only because there is oh-so-much missing – in this writer’s opinion, it really is worth your while to buy every album! As an album with nothing new and nothing changed, it remains unrated. (There does seem to be a three CD collection from GalPaz called MBD Greatest Hits that includes the king’s earlier albums, but I’m not sure if that’s officially sanctioned, or an Israeli rip-off.)

Kulom Ahuvim: (*****) 2009: It had been a long time since a truly great album had been released by the king, so you’ll have to forgive those of us who had begun to doubt. But we should not have. In Kulom Ahuvim, Mordechai whipped out an excellent selection of songs with aplomb. His voice is better here than it had been in quite a while, and with songs for all tastes, nothing is missing here. Well, maybe an English song would have been nice. But besides that, look what we have here: dance-worthy jumpers in Kulom Ahuvim, Im Ain (#2) and Omar R’ Akiva; absolutely stunning crooners in the gentle Uv’Yerushalayim, Es Achai – with its subtle commentary on the tragic disengagement from Gush Katif – and Im Yihyeh, with a stunning gentle fade-out for a finale; a brilliant track and duet in Aaron Razel’s B’inyan Hasimcha; and solid, above average fillers. The orchestration of Es Achai brings to mind very old memories, being very similar to the accompaniment to Keili Keili #1, from Hineni. The weakest link would be Ki Elokim – a very pretty tune that doesn’t match the lyrics well. If we’re going to nitpick, Omar R’ Akiva is extremely similar in style to the classic tune with those lyrics, sung on the Lag B’omer Medley on Around the Year. The power-laden orchestration, reminiscent of Pulp Fiction’s/Dick Dale’s/Greek traditional (and Mostly Horas’) Misirlou, though, differentiates the two. I get a real kick out of the story told in the Yiddish Moidim Anachni Loch. MBD (via Lipa) says, “Mein kind, di leibst in a tu’ois” – “My child, you’re living in a mistake.” Ya gotta agree with that sentiment when talking about a guy who’s dumb enough to think that he can out-daven the Chofetz Chaim by dragging out his Shmoneh Esrai as long as possible! In any case, the story reveals the extent of the Chafetz Chaim’s Ahavas Yisrael, as he responded to a childish question with an answer that even that guy could understand… But I digress. In short, it’s just another good song on a great album. Now if only they picked up that finale for a continued instrumental…

Kissifim: (***) 2011: Everyone considered this to be a totally unexpected final recording, and based on Wikipedia, maybe it won’t be. Kissifim is an album with a pretty low key presence and a guitar-based sound that harkens back to Kumzits, yet it has an element of charm that is its own. I reviewed the entire album when it came out, and my feelings have largely stood the year since. But in short, I would have liked to here more of MBD and less of the Shira Choir, who got equal billing for some reason, echoing the strong presence of the choir on MBD and Friends. The best songs on the work are Shomrei, the Chabad Anim Zemiros, and yet another gorgeous Yiddish song in the title track. But… one more Ani Maamin (#7!) tucked inside the Werdyger Medley. Although somewhat inexplicable in its execution, this is still a fine and worthy record.

So now we get to what is certain to be disagreed upon by virtually everyone who reads this article – the almost arbitrary awarding of “Best” to four decades of musical artistry: comprising the work of dozens of talented composers, arrangers, musicians and engineers, atop of the voice of Jewish music, Mordechai Ben David.

Top Song: Ugh. I can’t get even close to that! I’ll have to divide it into subdivisions:

Top English song: Lyrically, We Are One; Vocally, Let My People Go

Top Ivrit song: Ad Matai, on We Are One.