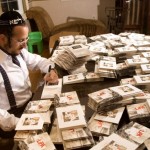 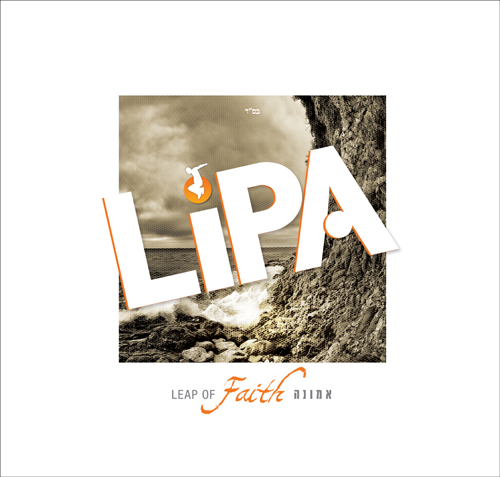 With the release of chasidic superstar/entertainer Lipa Schmeltzer’s new album just days away, Lipa is giving fans a small taste of what to expect when his new album, titled Leap of Faith, hits the stores in just over a week.

“This is just a short video preview,” Lipa told VIN News.  “But I wanted to give people a chance to hear a little bit of what I am hoping will be an unbelievable album.”

Continuing to blaze new trails in the Jewish music business, Lipa is turning Leap of Faith not only into a collector’s item but also into a giant raffle ticket.  Each copy of the CD will be personally autographed and hand numbered by Lipa.  The numbers on the album will be used for a raffle to be held several weeks after the album release, with two winners being chosen:  one will win a guest appearance by Lipa at an upcoming simcha, while the other will receive one of Lipa’s trademark bekeshes, worn by the singer at several shows.

Lipa’s signature will appear not on the actual disc, which has yet to be printed, but on the accompanying booklet that will be in the CD case.

Lipa admitted that he has devoted a considerable amount of time every night, not in the recording studio, but in his home signing albums as a way of giving something back to his fans.

“I think my hand is about to fall off,” admitted Lipa.  “But I wanted to show my appreciation to every single person who supports Jewish music and have an even more personal connection with my listeners.”

Lipa’s decision to personally autograph each album is just another innovative idea from  the entertainer who is as well known for his out of the box thinking as he is for his colorful attire and ever changing glasses.

“Lipa always brings something unique to the table,” said Sruly Meyer, director of marketing and design at Aderet Music, distributor of the album.  “People love to have something special from an artist that they can actually hold in their hands.  What could be better than this?”