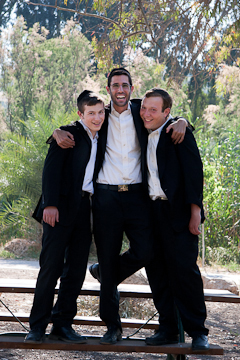 Over the last few years, Ari Goldwag has released a number of A Capella singles which have garnered much interest during the sefirah season. Now, he is set to release a very special A Capella album featuring thirteen songs, ten of which have never before been released in the A capella format. The album includes a number of big hits from the albums Sheves Achim and Sheves Chaverim, as well as songs from Ari’s own albums. Both Sheves Chaverim and Sheves Achim will appear on the album, as well as special appearances by Goldwag’s son, Moshe Dov.

Three brand new songs will be featured on this album, two of which are specially for the album; one of them is from Ari’s upcoming album, which is scheduled for release at the end of the summer. The new a cappela CD will be available through Aderet Music and be available very soon!