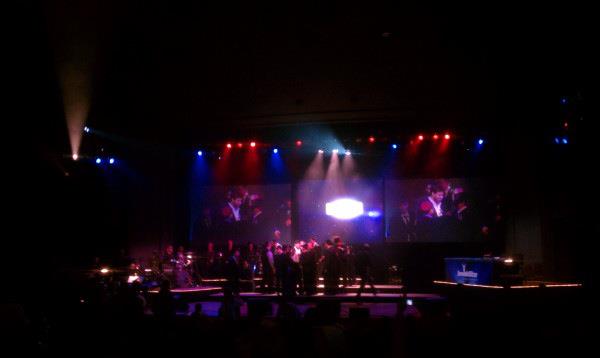 Results from Brooklyn College: Judges of “A Jewish Star” singing competition have chosen the winner and junior winner.

A sold out crowd has filled the Brooklyn College on Monday night for the live finals show of “A Jewish Star” international Jewish singing competition.

After much anticipation and strong performances on stage, Choni Goldman of Johannesburg, South Africa, was chosen as the Jewish Star 2012.

Dovid Moskovits of Flushing, NY, was chosen as the junior winner.

“I’ve been involved in music since I was 2 or 3,” he recalled before the show. “I never took voice lesson, but I have i think I have what it takes to be the next Jewish Star. Music is in my soul.”