The Ten Albums Every Jewish Music Collection Must Have

This list contains some of my favorite Jewish music from the 80s and 90s. I hope to compile a list that contains some more recent material so if you have suggestions please free to leave a comment. 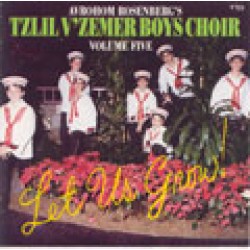 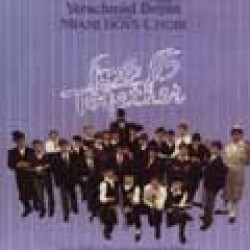 In the last ten years, auto-tune has become a staple in every recording studio, turning mediocre singers into great ones and resulting in dozens of “singers”, that live on stage, couldn’t sing their way out of a paper bag. In my opinion, auto-tune’s biggest victim has been the boys choir. Once upon a time, London School, Miami Boys, and Tlil V’zemer were made up of raw talent. I discovered everything beautiful about Jewish music in these albums from the gorgeous harmonies, meaningful songs and mostly from the soloist whose sweet voices sang about Torah and Yiddishkeit honestly and innocently. Voices were distinguishable and personalities were developed, resulting in an obsession with the superstar singers.  (Who can forget Ari Goldwag and Nachum Stark in “Meheira“). Today, in my opinion, every boys choir album, while steller in production, composition and arrangement, is mostly interchangeable and sound exactly the same. Boy’s voices are tuned to virtually unattainable notes until they become robots singing in keys often impossible for a human ear to hear. If not for the music videos, I don’t thing we would recognize one child’s voice from the next. (There are a few exceptions but very very few.) “Let Us Grow” and “Together Again” are real examples of the Jewish Boys Choir and two of my favorite albums of all time. 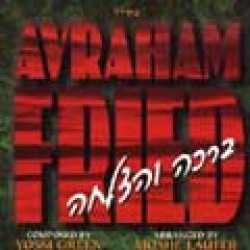 Although I don’t count on my memory on a general basis, I remember exactly where I was the first time I heard Avraham Fried’s song “Don’t Hide From Me”. I remember stopping in my tracks and taking in the unique melody. The tune was original, the concept creative and the chord changes fresh and exciting. The entire album marked a turning point in Chasidic music and was groundbreaking in its ‘modern meets traditional’ sound. I sing “Yerushalayim” at Bas Mitzvahs and it gets me happy every time. With not one filler, this album contains hit after hit and should be a reference point for everyone there creating Chasidic music. 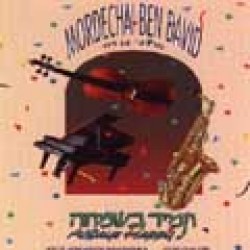 Mordechai Ben David reminds me of the actor who is nominated so often for an Oscar that is simply doesn’t matter whether he wins or not. He is that good, and while there are many imitators, there is no competition. Tamid B’Simcha brought us one of the most lyrically satisfying English songs of our time, cramming decades of history into a English song (and Hebrew version) called simply “Yerushalayim”. You would think learning the words would be a challenge but when this cd came out everyone knew them by heart. The bright trumpets at the intro of the song announced you were in for a good time which is exactly what this entire album brings to the table. A good time, unadulterated and authentic. 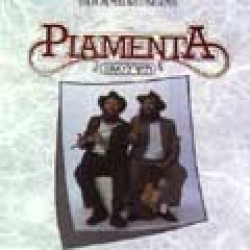 Those of you who know the know infamous Yalili song by heart, you know the lyric “Yossi Avi, Hu Sefardi, Yom Ha’Shmini, Ashkenazi”. Now with all due respect, comparing The Piamentas to the Marcus Brothers is like comparing Jimmy Hendrix to the Osmonds. Both talented but in totally different leagues. Combining hard rock and traditional sefardic music the Piamenta brothers proved to be the most talented, authentic, raw and unbridled musicians (and performers) in Jewish music history. The sounds of their flute and electric guitar solos are instantly recognizable and the songs “Ashar Bara” and “Siman Tov” are as original today as they were when they came out (Granted Ashar Bara was a remake of a secular song, the Piamentas delivery completely changed the feeling and purpose of the melody). 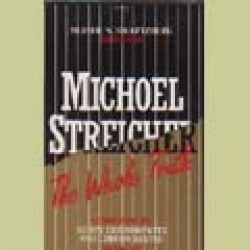 Mentioning Micheol Streicher today and you will be met with mostly a blank face. For whatever reason, when we were kids Streicher was all the rage and “The Whole Truth” played over and over in our house. I even remember going to his concert when he came to Miami. And he was great. Listening over to some clips today I realize what the excitement was about.  I suppose back in the day when mostly Avraham Fried and MBD represented Chasidic music, Streicher’s music managed to make its mark by carving out it’s own niche that leaned over to the Yeshivish market. Secondly and more importantly, his voice is just beautiful on this album.  On the  “Chazanus” track (and I am not a Chazanus person) he sings like an angel. One more thing that makes this album so great. It’s a total throw back to the eighties with synths and pads all through out the songs. Beautiful songs, great trip down memory lane for anyone in their 30s. 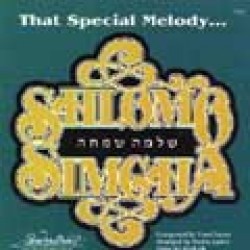 The only time I ever interacted with Shlomo Simcha was a few years when he got in touch with me regarding one of my songs “Esa Aini” that he was considering for his new album. I am not sure if that album ever came out or not but I can tell you that if he was only to put out one album in his career (he didn’t)”That Special Melody” would suffice. With a stunning, super sweet voice, his album showcases his pure voice and he rolls his “rayshes” like a pro. Mostly slow, Hebrew songs, the songs are piano driven, rich and melodic. He is great on the fast songs as well and you will be surprised to learn that “Visamachta” and “Eliyahu Hanavi” on this album are his. “That Special Melody” is a great English song, simple, uncomplicated and to the point.

In my mother’s house, in the piano bench there is a Dveykus songbook. As a kid I played them all and today know that there is not a song in there that is not absolutely epic. Lev Tahor, Kol B’rama, In A Vinkale (also known as Tateh Tateh, Shwekey’s version), Na’ar Hayisi, the list goes on and on. Granted this production and singing style on the album is very dated, the songs have been thoroughly incorporated into the index of Jewish music and are still sung in camps, schools and choirs around the world. A remake of these works would be incredible and long overdue. 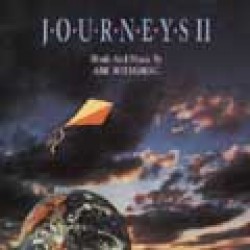 Moshe Yess and Abi Rottenberg, in my opinion are the Simon and Garfunkel of Jewish music. Although they don’t sing together, they are both natural story tellers that don’t over sing the material and let the story do the talking. This masterpiece shows off some of their best writing in this album on works such as the stirring “Neshomale” heart-wrenching”Memories” and deliciously moving “Teardrops”. Every song is a treat that children and adults can enjoy.

Shlomo Carlbach-Songs Of My Soul 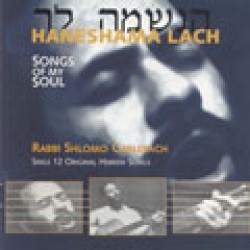 No jewish song list would be complete without at least one album of Shlomo Carlbach. Although I don’t play his music often his older songs are a Kumzitz staple and like I like to say “With 3 chords and the truth, you can play anything.” “Songs of My Soul” is a great place to start if you are a Shlomo newbie.