SPLASHNEWS- The Up & Coming 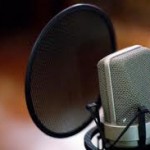 There are many singers out there that are trying to reach to the top. Pretty soon, you will say regarding some of them, “I remember when he was just starting. Wow, look at him now!” There are also others that you will unfortunately forget about. A couple weeks ago I wrote an article on The Top 5 in Jewish Music. Who are The Up & Coming? (This list is of course, my opinion and is not meant to be taken as factual)

1-Benny Friedman-Benny is already a household name and it’s just a matter of time before he hits the top 5 list as he is basically there already. Here is an interesting story with him. Years ago, he used to be able to sound exactly like his uncle Avraham Fried; so much that Camp Romimu used him to put on a fake Fried concert. This was a younger Benny who had no beard, etc. They fitted him with a beard that looked like Fried’s and he put on an entire concert with the crowd thinking he was Avraham Fried! To his advantage he decided to use his own voice for his career and was able to make a name for himself. This is just the beginning.

2-Yoely Greenfeld– Yoely has, in my opinion, one of the best voices in our time. His debut album was a smashing hit and he is now one of the most sought after chasunah singers. He also attracted both the chassidishe and litvishe crowds which is hard to do. In an interview with SPLASHNEWS he was asked what is the most popular song on his album and he said, ” It depends, if you ask a chassidishe he will tell you Aimusei, but if you ask a litvak he will say Yichadsheihi!” In a side note, he one of the only singers who sounds exactly the same, live, as he does on the album. A big factor will be if he continues to stay away from the stage or not. If he does decide to do concerts, he can quickly hit the top, but if not he will probably remain in ranks with Shloime Daskal. I guess that’s not so bad!

3-Beri Weber– Beri’s new album is flying off the shelves. In the new album we see two things. Firstly, his voice is noticeably better than  in his first album, and we also see that he is able to move away from the generic chassidishe music as the album features many different styles. He is also very similar to Lipa which makes sense because he is Lipa’s “baby”. Lipa should just make sure that his baby doesn’t grow big enough to eat him! Beri also has a huge fan club in Eretz Yisroel and is quickly gaining stardom. We shall see if he hits the big stage.

4-Yosef Chaim Shwekey– His new album is possibly one of the best albums I’ve heard all year. What’s important is that he stayed away from his brother Yaakov’s style and developed his own. This is the first step in making a name for himself. No one can become a top 5 singer if he “sounds  almost exactly like Y. Shwekey or Fried etc.” (ie: Dovid Gabay) Yosef Chaim has tremendous potential and he is already putting on big concerts in his home land, Eretz Yisroel.

5-Yisroel Werdyger– Sruly is already in a different league and his songs songs are played everywhere. He has something for everyone and he is a pleasure to listen to. The concert question is also a big factor for him but I think he is comfortable where he is.

6-Shloime Taussig– Shloime also has an incredible voice and is wildly popular as a chasunah singer. He was also able to attract the litvishe crowd with his song Modim as his claim to fame. Singers like Werdyger and Greenfeld may hold him back, but a brand new album can change that.

7-Amram Adar– Adar has hit the music world with a bang. His music video is also very popular and I know people that bought the album just because of that! Yes, sometimes a good music video will do it; just look at 8th Day. He has a little bit of a “different” voice which can be to his advantage as people are always looking for something new and different. Is he Yochi Briskman’s new guy? We shall wait and see.

8-8th Day– I had to decide wheather they go on this list because they are a group and this list is really for solo artists but okay. 8th day really took the world by a storm with Yalili and put on a major concert with Lipa but here is the problem- When they put out a new album, everyone will want to know which song is the new Yalili but the question is, can they do it? Normally, singers are not under pressure to outshine their previous album/hit song, but I think that 8th Day is under enormous pressure for this because their career was virtually launched by this one song. Another factor to determine if they will hit the top and stay there, is that they really have their own distinct genre of music and the question is if the mainstream is really interested in that.

Once again I appreciate your comments. Let me know what you think and feel free to voice your own opinions!