Music to the Tune of Judaism – When There Are No Words 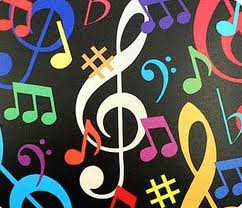 You’ve probably heard a Chassidic tune sung without words and wondered where THAT came from. Really, was the composer too lazy to write some lyrics? Or maybe the notes were whipped off his desk before he managed to set them to poetry? Well, obviously, there’s something more to it than just lack of creativity.

We’ve explained that music is the expression of the soul. The soul has different levels of expression, some more inward than others. If we were to break it down, we’d see three separate levels: 1. Music via an instrument; 2. music that is verbal; and 3. music that is vocal, but wordless.

Verbal music is one step closer to the soul, as it is being sung directly by the person, with no intermediary. No vessel is needed to produce the feelings. Rather, the person himself reaches within, finds a melody that expresses his feelings, and produces it. On those lines, the words must fit the melody, as it would be silly to sing a sublime tune to inane lyrics; or, for that matter, to take powerful lyrics and transplant them to a plastic ditty. This is particularly true with regards to words from Tanach – a composer must realize the import of the words and apply an equal tune to them.

But therein lies its inherent weakness – the words give direct meaning to a tune. But some feelings are deeper than words. Sometimes, words simply cannot express what the soul would like to say. This is where wordless songs come in – on the one hand, they have the innate unlimited expression of instrumental music, but they are not locked up in a specific box, as lyrical melodies are. Emotions don’t need words – in fact, the words only get in the way. So within a wordless song can be found true soul-expression.