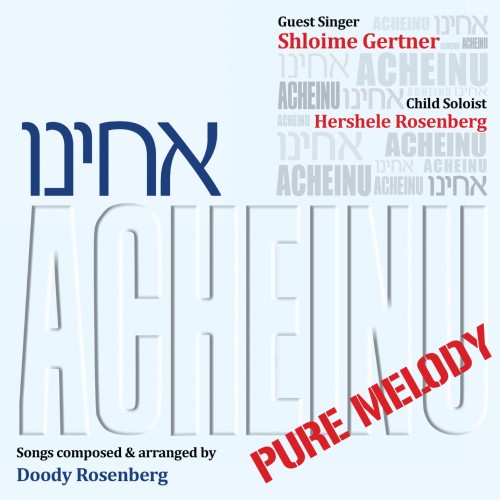 Two decades ago an album was released by Yigal Calek entitled “Tenth Anniversary Celebration”. It featured compositions by Doody Rosenberg, a native of England.
Now, 20 years later, Doody is releasing a new album featuring his compositions called “Acheinu”. The album features 10 heartwarming tracks sung by Doody. Rosenberg is joined by his son Hershele Rosenberg whose flawless voice lends hartz to these precious songs. Acheinu also features superstar singer Shloime Gertner, who really captivates the essence and neshoma of these songs with his amazing vocals. This isn’t your typical album. The songs aren’t fast and rocky. Instead, enjoy the “pure melody” of these pleasantly beautiful relaxing original songs. 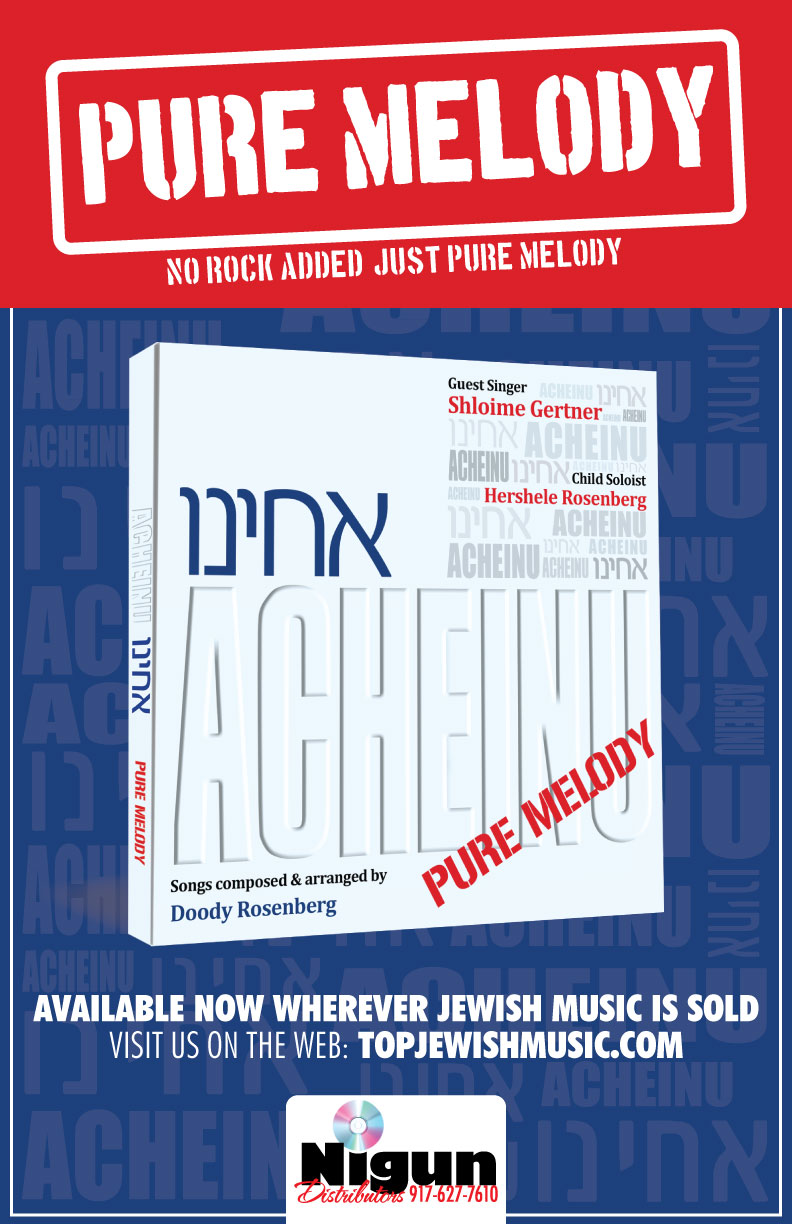