Music to the Tune of Judaism 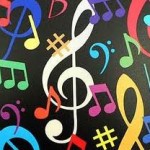 In an effort to explore the Jewish aspect of Jewish music, our very own Hislahavus will be sharing an inspiring weekly message on Jewish music on JMR every Friday.

Our Sages tell us about ten special songs, representing deep and cosmic messages. The first of these tunes was composed by Adam, the first human, and the last will be composed by Moshiach himself. The others include pivotal moments in Jewish history, such as the Song at the Sea. But really, what is music all about? How much importance does it really have within Judaism? What about the feelings it produces?

While these may seem like airy, theoretical questions, they actually have very specific answers, spread across the wealth of the Judaic library. JMR is proud to begin a new, weekly column, which will (G-d willing) appear every Friday, translating and explaining statements of our Sages throughout the generations regarding music.

One of the most revealing statements about Judaism’s attitude towards music is the quote of Rabbi Shneur Zalman of Liadi,
paraphrasing Rabbeinu Bachaye, “If words are the quill of the heart, then music is the quill of the soul.” Music is essential in the attempt to bridge the yawning gap between body and soul. This was always true – when the prophet Elisha wished to prophesy, he asks to bring the musicians so he can restore himself to the state of joy that one must be present within to gain the prophetic state. And the purpose of the Leviim in the Beit Hamikdash was not for mere background music, to say nothing of entertainment. The Leviim were astute observers of the sacrifice-bringers, and would play songs that matched the mood necessary for a particular sacrifice. For example, if the Leviim were to notice an Israelite bringing a thanksgiving sacrifice with a gloomy look, they would play something upbeat and move the man out of his lethargy. And if they noticed someone cracking jokes while bringing a sin offering, they would play a tune meant to bring him awareness of his deeds and draw him towards true repentance.

So it’s quite a stretch to say that Chassidism “invented” the idea of song and dance in Judaism. Like all of Chassidism’s innovations, this was merely the case of picking up an essential part of Judaism that had lain dormant and dusty for way too long. The Baal Shem Tov composed songs of his own, while encouraging his students to compose tunes. Rejection of this approach came from opponents of the movement, who invoked a Halachic imperative not to sing songs amid revelry due to mourning for the destruction of the Beit Hamikdash. However, most Jews understood this not to include songs that bring one to spiritual ecstasy, and this approach was soon all but forgotten.

Putting the history aside, many Chassidic masters began to explore not just music itself, but the inner workings of music. Rebbes of the Modzhitz and Chabad dynasties in particular wrote many essays on the topic. In this weekly column, we will explore some of those essays, as well as earlier works, recount stories and try to unearth the mystery of music – to the tune of Judaism.

Check in with us every Friday!