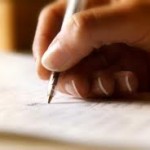 I’d like to introduce myself – I’m Hislahavus. I guess I’d call myself a “semi-professional listener.” Or, as others might call it, a music snob. I’m a music junky. I’m not (really) a musician; I never studied music in a class, I’ve only intensely studied the music that you’ve produced. I’m pretty particular about what I buy and which music sits on my iPod. I’ve always tried to keep my ears focused on quality music, and I deeply appreciate all the effort that has been going into the JM world, picking up the quality of the work out there.

Now that we’ve gotten to know each other a bit, I have a few suggestions. You can call them constructive criticisms, or gripes, or whatever you’d like. But I mean it for the best – I really do. Here are a few thoughts from one of your biggest fans.

• Don’t put an old recording on a new album. And when you rerecord an old song, make sure to add something significant.
o This is a general rule – rerecording songs umpteen times doesn’t necessarily make them any better each time. Find a reason to put it out again – make it better, ala MBD and his English Collection (for the most part. I still like the originals of Pray and Sing and Just One Shabbos better), or Piamentas with Asher Bara on 1990, versus the original, on Mostly Horas. But taking an old song, not doing a thing to it, and just pasting it on a new album? Come on – that’s a waste of a track. And how about taking an oldie that’s been redone dozens of times? Find some new material!

• Keep songs over 3.5 minutes and under 6 minutes.
o You know how this works – it could be a wonderful song, but when it just drags on and on and on, with several false endings and numerous modulations, changes of beats and tones, etc… As they say, too much of a good thing is not a good thing. Don’t keep beating the song into the ground! Six minutes is usually about the limit for your listeners. By that point, we’re ready to move on. But the same works on the other end of the spectrum (although hardly anyone does this any more) a song that sits at less than 3 minutes might as well not even be there. You hardly have any time to get into it! 3.5 minutes is about the minimum I can handle.

• 10-13 songs per album is great. More than that is overwhelming.

o As we said before, more is not necessarily better. Let your fans be excited for more, rather than overwhelming them with so much material that they get sick of you. Even more than that – a good album is a work of art. The songs compliment each other, and each time through the album, you get to know each song intimately, as you listen to the messages and the slight nuances of the vocals and arrangements. When there are 15 songs on an album it’s simply too many to put together in my mind, and the album doesn’t retain that critical element of continuation that makes it worthwhile to listen to again and again and again.

• Don’t break up a song/medley into separate tracks.
o Ugh! This is SO annoying for iPod users, who now make up 98% of your listeners!

• Concept albums need to be very good. Otherwise they’re just forgotten.
o I know, it’s so exciting! Another wedding album! Another Shabbos album! Another Yom Tov album! Another… you get the point. I have no problems with good collections. But if you want them album to continue selling past the first week, and for the album to remain one that we’ll listen to for many years, stick to normal music. If you really HAVE to do a concept album, that’s fine – just make sure there’s something original about it, and a reason to listen to it a year from now. This is true of concept songs as well – for instance, Y2K was a bust. Now that song is in the dustbin of history.

• Over-arrangements.
o This is not just a disease. Sometimes it feels like a full-out epidemic. Let a song win us over – don’t add more and more and more instruments and segues and beginnings and endings, and think that it will somehow make things better. Sometimes – nay, often! – it makes things worse!

• High-pitched child soloists.
o I love a beautiful choir, with intricate harmonies and youthful soloists. High pitched screeching and nasal wailing? Not so much. If you need to listen to how children’s voices should be used, listen to London School of Jewish Song’s self-titled1991 album, or Tzlil V’Zemer Boys Choir’s Let Us Grow. Or Meydad Tasa, if you’re looking for something of more recent vintage. A child’s ability should be measured by their control and ability to manipulate the tune, rather than the sheer intensity and pitch height.

I think that’s all for right now. Others may add things that I didn’t think of, or perhaps disagree with me. But, between us, it’s good to get it off my chest, and more importantly, I hope you find some of this unasked-for (and maybe even unwanted) advice worthwhile, coming from a loyal listener. Thanks so much for all you do – bringing quality Jewish music to brighten up our day, to inspire us, and to paraphrase Abie Rotenberg, get us all a bit closer to Hashem!

With love and appreciation, I remain,