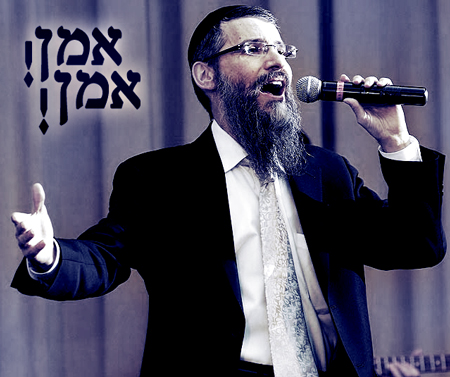 Audio has been sent to JewishMusicReport.com that was taken of Avraham Fried singing a brand new song live at a recent apearance. On the audio Fried says the song was composed by Mendy Jerufi and will be featured on the all new CD. According to some reports we are hearing the new CD could be released within the next 4-6 weeks. Of course this is not confirmed. For those unsure, this is not the Hebrew album which was announced recently but an all new album with original songs in line with My Fellow Jew and Bein Kach.

This song feels like classic Fried to us, and allthough the quality of the audio is not great, you can get a good enough idea of the song. We’re sure you will be hearing a lot of in the months to come! We decided since permission wasn’t granted and a leaked copy of the song that ended up on YouTube was taken down, we will respectfully not post the audio.

Please note the above art is not official, and the original photo was taken by Baruch Ezagui.  Are you excited for the official release!?