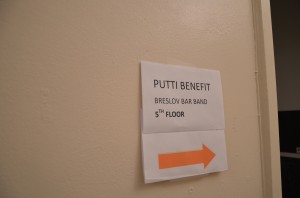 The Breslov Bar Band played a benefit concert at the Ansche Chesed Synagogue last night and I was one of the people privileged enough to be there for the show.

Most of you reading this are probably looking at this first sentence and mouths open, are thinking “Huh? What’s the Breslov Bar Band? Are they Breslov? Do they only play in bars?”

To answer all of your questions the Breslov Bar Band (to be abbreviated from now on as the BBB) was a musical experiment started by a musician by the name of Binyomin  Ginzberg. Binyomin has done his fair share in the Jewish Music world between being in the Wedding/Simcha-Music circuit, to performing on Klezmer music albums.

I asked Binyomin to tell me about how he was inspired to start the BBB and he answered ” I was taken by the Breslov melodies. It seems to be the one Chassidic movement who’s music is so easily identifiable as Breslov when it’s first heard.” His inspiration for this project included names such as Adi Ran, The Diaspora Yeshiva Band, Yosef Karduner, and the Klezmatics, all of which have played a big part in shaping the Atypical Jewish Music World. The BBB has been performing for about 3 years now and has already released one album entitled “Have No Fear” Which can be found on iTunes.

This concert was actually to benefit the Jewish people who live in Putti, Uganda. Putti is a struggling Jewish village on the Kenyan border in Uganda. The concert was put together to help raise much needed Tzedaka for the Jewish community there.

The BBB played a number of originally arranged musical pieces over the course of the night including Adi Ran’s “Ani Ohev hakadosh Baruch Hu” and a mashup of Breslov songs usually sung after Davening on Friday night.  All these songs whether traditional or contemporary were given their own twist with Binyomin’s arrangements. The audience enjoyed the concert very much and it was obvious that the band was having a great time as well.

Any information about future shows can be found at www.BreslovBarBand.com . They will actually be playing at Smokey Joe’s BBQ restaurantin Teaneck, NJ  this upcoming Saturday Night. 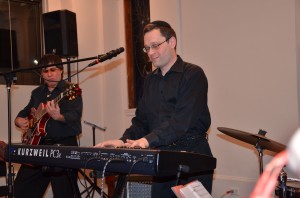 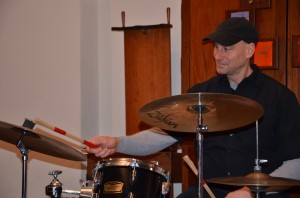 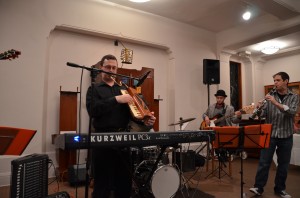 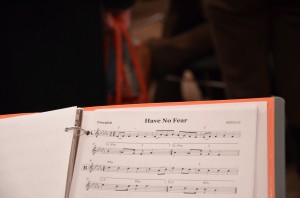 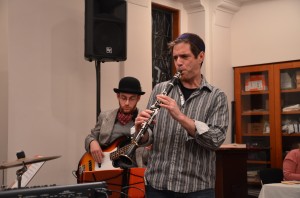 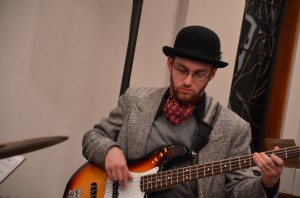 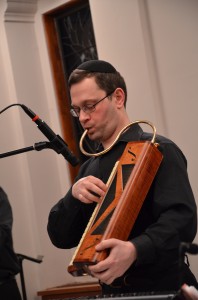