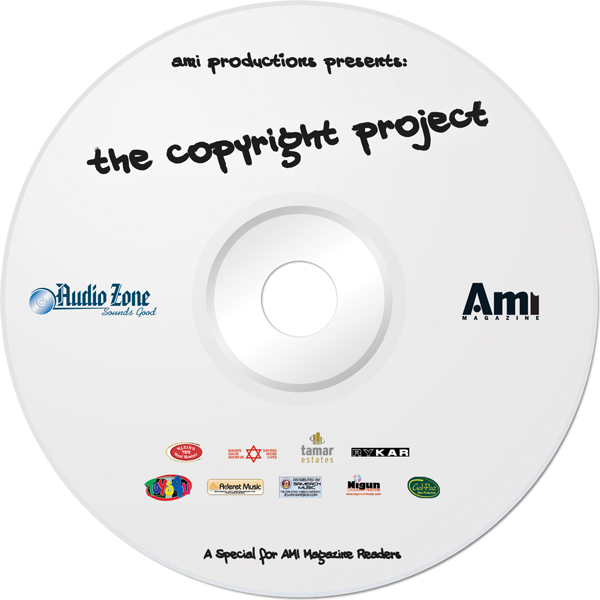 Included in the Chanukah edition of Ami magazine is Copyright, a humorous look at a day in the life of a singer.

Starring Yoely Lebowitz, we see the singer as everyman, going through his day, doing his best to earn an honest living to support his family, but encountering numerous former singers who have found new careers because illegal copying and downloading of albums has taken away their livelihood.

You can download the song for free at MostlyMusic.com