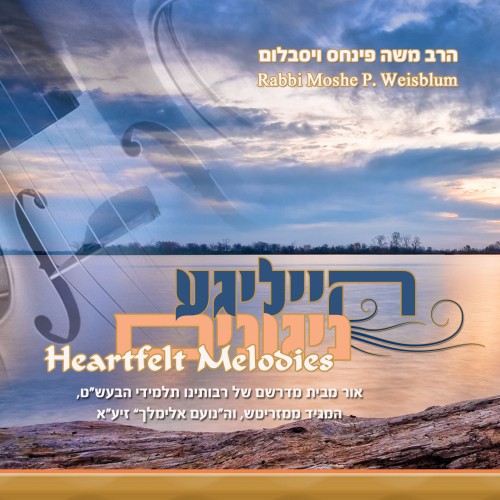 A newly released album of hassidic melodies is attracting widespread attention… even from Japan! The album, produced by a pulpit rabbi from Maryland, brings us niggunim written by famous tzadikim, such as the Noam  Elimelech ztz”l in a collection slated to be the first in a series of genuine hassidic melodies. The album “Heartfelt Melodies” contains nine niggunim whose arrangement preserves their authentic musical character, whilst maintaining superior sound quality. The album was recorded in state-of-art studios with the best and most experienced professionals in the country. This project was the inspiration of Rabbi Moshe Pinchas Weisblum, the highly talented Rav of a thriving community in Maryland, who in addition to featuring in the album, is responsible for the production and musical arrangement.

In the notes included with the album, Rav Weisblum explains that “Heartfelt Melodies are from the most sacred of sources. Some of them were composed by the most holy of tzadikim and were actually sung at their own holy tables, where I was privileged to be raised, by my great grandfather the “Noam Elimelech” (zechuto yagen aleinu) and Rebbe Yaakov Yitzhak Weisblum ztzvk”l Rav of the communities of Swierz and Lissa.

The tradition of interweaving niggunim into the nusach of the davening was started by the Hassidic courts of Ziditshov and Stretin, from the Rebbe of Alesk and composers of the stature of the holy mohel of Stanislevov, towering figures who alongside their involvement with holy matters, lay claim to ancient melodies which with the course of time became popular everyday niggunim found in almost every Jewish home.

The biggest surprise, however, comes from the other side of the world. Amazon’s online Japanese website has marketed the album with amazing success under the label of Melodies of the Heart. The Japanese have welcomed the album as a source of music that calms and uplifts the spirit. Weisblum promises there are more albums to come in the series that will be a musical tribute in memory of generations gone by. 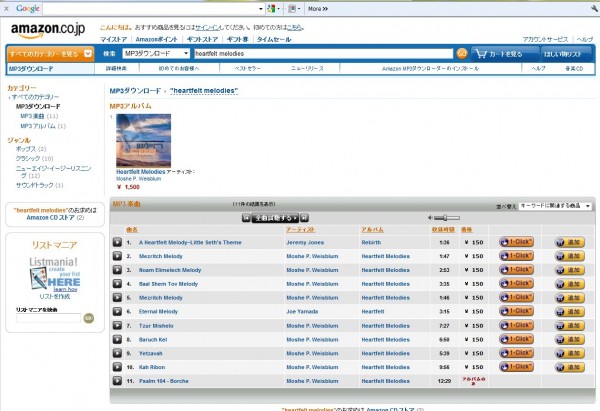