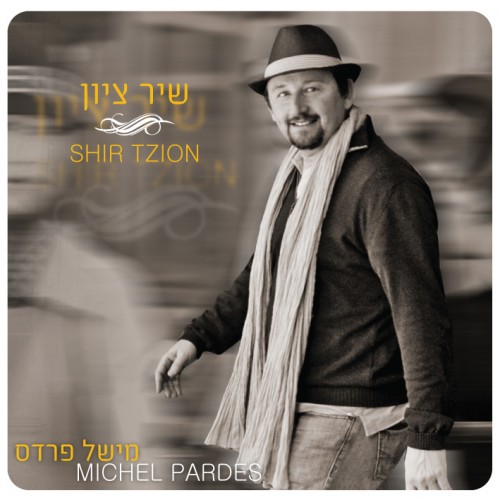 Michel Pardes is about to release his second album arranged by Avi Singolda. Michel Pardes who is also responsible for production, works with only “the top musicians in the Holy Land” in his words. “The hall of music is close to the hall of prayer, there is no room for compromise, only the best is good enough.”

Michel Pardes a businessman who travels the world, pops over to Israel in between deals to record singles that turn into albums. Shir Zion is the first single from Pardes’ second, marvelous album which is expected to be launched within the next few months. The song contains a wealth of Jewish optimism, bringing with it a breath of fresh air to the world of Jewish music. Listening to the tracks, one gets the impression that Pardes has come a long way, both in the level of production and in the complexity of the music. The album’s musical arrangement and creation is in the hands of Israel’s master guitarist, Avi Singolda. “Singolda is indeed an awesome guitarist…”, Pardes praises his colleague, “Hashem gave him a great gift”.

Working with Singolda has taught him what a professional really is, he is ‘passionate’, humorous and endlessly talented. “I hope that the amazing connection formed by our working together will pave a way to the hearts of the listeners.”

Unti recently, Pardes played with a modest band at simchas throughout Europe. Pardes, himself a pianist, studied at a music academy in Brussels. “Composing music is spiritual work”, says Pardes “the part of me which is closest to Hashem. My soul needs to sing in order to exist and to fill my heart with good. The music which I write makes me feel good.” The timbre of his voice, singing and musical style which are unique to Pardes contribute to create an inspiring experience and enable one to connect to the verses, to gain an understanding of them and to reflect upon the words that one is hearing. Highly recommended!