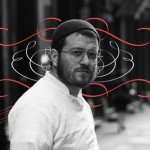 A new artist has appeared on the scene, one who truly defines the word artist. And while his work is somewhat new to the Jewish music world; or at least, has not been seen since the disappearance of Megama. Introducing Moshe Hecht: a true folk/rock singer, who comes with English lyrics and his own compositions. He has a sweet voice, with excellent vocal control and varying styles, and his messaging is positive and artistic. Moshe had the foresight to go where no one else has gone, hiring Steven Ray Allen as his arranger. Allen, who has won seven Emmys for his work on TV documentaries, is a talented producer who really makes the most of Moshe’s voice and creativity. The production is low on gimmicks and high in quality, with the guitar–based arrangements pleasing to listen to, with plenty of texture and nuance. It all makes for a high quality debut album, one that fans of early Matisyahu, Journeys, Megama, 8th Day, Rav Shmuel and Diaspora will very quickly be begging for more.

Believers: (****) Wondering about that unique percussion at the beginning of the song? That’s Moshe’s son’s heartbeat! How’s that for a stroke of genius? You may have heard this song already, as it was released separately as a single. The calming, but solid arrangements calls attention to the band’s attention to detail, with the bass and drums making singularly unique fusion throughout. Moshe belts this number out with great discipline, his voice melting into the tight groove that is his backup perfectly. This song gets better every time I listen to it, and its one-of-a-kind tune is catchy and authentic.

When I’m in Need: (****) Warning: this one’s gonna be stuck in your head. The words are so easy and connectable, and the tune is addictive. So just beware of that. Hecht begins this with an airy solo and a simple acoustic guitar strumming beside him. Delectable folk right there. The rest of the band kicks in halfway through the second verse. Maybe his humming needs a bit of work, but y’know, it works out.

Master of the World: (*****) Now for some reggae. Moshe pulls off this gorgeous piece with aplomb. Particularly noteworthy are his self-harmonies on two octaves. And another comment on the arrangements: Allen keeps the guitar’s presence sweet and classy while not doing too much. And I’m realizing that the album is getting better and better each time I hear it. My only complaint on this song is… I want more!

My Friend: (*****) This incredible song, reflective of Abie Rotenberg’s Who Am I, was written for the amazing worldwide Chabad organization, The Friendship Circle, which pairs teens up with special needs kids to befriend them and to assist their parents. But the message itself can easily portray other deep friendships as well. And while I’ve had the single on my iPod for quite a while now, it is beautifully bracketed by the rest of the album. The strength of this song is absolutely in the emotional lyrics, but again, the arrangements do so much to coax every emotional morsel out of it. Solid.

Hamavdil: (***) Here’s another folky song. This is one of the weaker songs of the album, but that attests to its general strength; it’s a pretty depiction of Havdalah, but it’s pretty simple, too.

The Soul: (***) This one doesn’t do it for me that much. Moshe’s emotional expression is stretched in spots. But it features the first appearance of an electric violin solo in Jewish music since Raava Mehemna’s second album.

Taste: (***) A decent reggae song, but a tad too wordy for me. I like the bridge here better than the rest of the tune. My favorite part of the production is with the harmonies and backup vocals.

Lamplighters: (****) This rockin’ anthem in honor of the Chabad Shluchim across the world was originally released shortly after the Mumbai murders. Here, they redid the arrangements skillfully, giving it more guts and piecing it together much better. They eliminated Moshe’s intro and outro, which was a good idea – I’m not a fan of singers’ verbal intros – and with a few more effects here and there, a good song was reborn. And it’s better than ever.

The term lamplighter is taken from a conversation the fifth Rebbe of Chabad had with a chassid of his. Because that conversation is germane to this song, I’ll record it below, borrowed from www.chabad.org.

Heart is Alive: (***1/2) Another slow song heavily tinted with folk. I find the lyrics of the first verse to the rest of the song a bit disjointed. Despite that, this beautiful tune is another great composition that’s easy to sing with and very easy to connect to. Steven Ray Allen kept it very light, with some light guitar picking and a sensible violin. Good feel.

Inspire Me: (*****) Kaboom! Power is the go-to word for this awesome jazzy song, with a phenomenal vocal performance, some poignant lyrics and all-around excellence in the instrumentation. My only critique? I’d have picked up the guitar and violin solos a bit more than he did. But I’m a real fan of the drums here – they’ve got soul.

K’Ayol Taarog: (****) Whoah – what a job on this nigun! You’ll probably know the tune itself from Fried’s The Baal Shem Tov Song, but here, it’s done real justice, with a haunting guitar and some unbelievable harmony. Love it!

Father in Heaven: (****) Jam session! That’ll get me every time! And here it loops you back to the beginning of the album, which almost forces you to listen to the album again. Good gimmick, guys – now I’m addicted!

This album is a must buy. It really gets better every time you listen to it, and it has some real gems. I’m going to reach out and give it 4 and ½ stars – it is an excellent album, truly masterful; and it would be so even if it were not a debut. We’ve got a star developing here – go Moshe!

In 1907, Rabbi Sholom DovBer of Lubavitch was staying in Würzburg, Germany, and a group of Chassidim came to spend a Shabbat with the Rebbe. Among them were Reb Yosef Yuzik Horowitz, his son-in-law Reb Feivel Zalmanov, and Reb Elimelech Stoptzer. The Rebbe prayed for many hours that Shabbat morning, as was his manner. In the meanwhile, the Chassidim made kiddush and consumed a quantity of lechayim’s. Later, when the Rebbe had finished and they sat with him to the Shabbat meal, Reb Yosef Yuzik asked:
“Rebbe, what is a Chassid?”

Replied the Rebbe: “A Chassid is a lamplighter. The lamplighter walks the streets carrying a flame at the end of a pole. He knows that the flame is not his. And he goes from lamp to lamp to set them alight.”

Asked Reb Yosef Yuzik: “What if the lamp is in a desert?”

“Then one must go and light it,” said the Rebbe. “And when one lights a lamp in a desert, the desolation of the desert becomes visible. The barren wilderness will then be ashamed before the burning lamp.”

Continued the Chassid: “What if the lamp is at sea?”

“Then one must undress, dive into the sea, and go light the lamp.”

“And this is a Chassid?” Reb Yosef Yuzik asked.

For a long while the Rebbe thought. Then he said: “Yes, this is a Chassid.”

Answered the Rebbe: “That is because you are not a lamplighter.”

“How does one become a lamplighter?”

Reb Yosef Yuzik then asked: “Is one to grab the other by the throat?”

Replied the Rebbe: “By the throat, no; by the lapels, yes.”