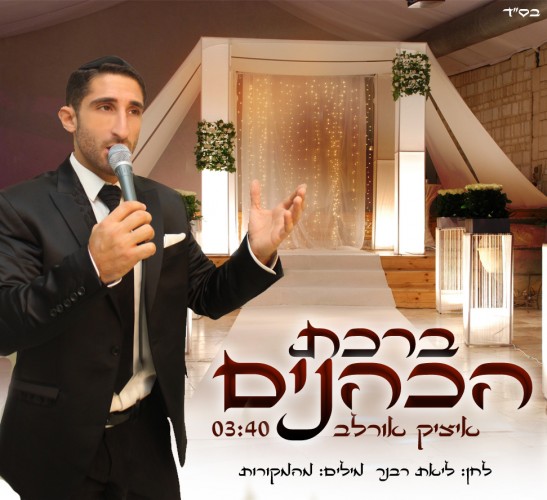 Itzik Orlev with his most popular hit single “Mekudeshet” is doing it again, this time for the grooms and bar-mitzvah boys with his new single called “Birkat HaCohanim”.

Thanks to the overwhelming responses among the live audience Orlev has been performing to it has been made official that a new single is going to be released as well as a professional clip of Orlev’s live real performances.