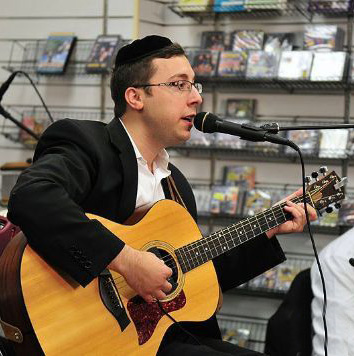 As in past years, the kumzitz– with full audio and video – will be web-casted, powered and hosted by the Matzav.com Jewish news website, allowing people all over the word to watch it from their homes. In past years, tens of thousands of viewers all over the globe logged on to enjoy this beautiful and unified evening of song.

New for 2011, in addition to technology upgrades, including stunning videography by L’Chaim Studios and the highest sound quality in the field of Stratton Sound, is the participation of noted Jewish radio personality Nachum Segal’s Saturday Night Segal show, which will be web-casting live from the kumzitz at www.nachumsegal.com (click on “listen live”). The show will feature its regular host, Yoni Korbman, and Nachum Segal himself.

The kumzitz, to which the public is invited, with free admission, will take place live beginning at 9:30 p.m. at Minyan Shelanu, located at 145 Ocean Avenue (Route 88) in Lakewood, NJ.

This year, as mentioned, special guest Moshe Hecht, who recently released a new album, Heart Is Alive, will be performing. The phenomenal M’zamrim choir will dazzle the tens of thousands with their beautiful choruses and stunning harmonies.

Child Life Society was created to help make life for Jewish children with Cystic Fibrosis (CF) normal and enjoyable. CF is a degenerative, genetic disease that significantly afflicts Jewish families more than other ethnic groups. Children with CF suffer lifelong breathing difficulties due to the constant, heavy buildup of thick mucus in their lungs. There is no present cure. Child Life Society provides desperately needed funds to pay for medical equipment, vitamins and food supplements, home care assistance, therapeutic respite, and emotional support. This evening of uplifting music is free to listen to and to watch, with a suggested donation to this wonderful organization. For more information and to donate, visit www.childlifesociety.org.

Matzav.com is a leading Jewish news website, featuring breaking Jewish and world news, entertaining videos and much more, catering to the global frum community. Matzav.com was the first frum website to introduce the concept of live Jewish music webcasts and will be hosting this year’s event again, building on their past successes.

Shua Kessin began his musical career in his youth and, in his teenage years, found himself strongly influenced and inspired by the music of Reb Shlomo Carlebach. Shua has since become one of the world’s most noted mavens of Shlomo’s music, amassing unparalleled knowledge of Carlebach’s music. Shua is held in high esteem by many of the great names in the Jewish music industry and is no stranger to the stages of Europe, Canada, Israel and the United States. For more information, visit www.shuakessin.com or email info@shuakessin.com.

The Saturday Night Segalshow is a most popular web-radio program hosted at www.nachumsegal.com. It airs live each Saturday night from 10 p.m. to midnight to an international listener base and is regularly hosted and produced by Jewish music connoisseur Yoni Korbman. The executive producer is Nachum Segal,whose internationally acclaimed weekday morning radio show, JM in the AM, airs Monday thru Friday, 6-9 a.m., at 91.1 FM and 90.1 in the Catskills, and around the world on the web at www.jmintheam.org and www.nachumsegal.com.

Minyan Shelanu is a low profile, highly effective organization that has thus far achieved remarkable results, serving as a warm, non-judgmental shul and social center for teens and young adults who did not fit into the more rigid model of the community. Minyan Shelanu has become a rallying point for troubled teens desperate for a bit of love, a kind word, and a surrogate home. As mentioned, all are welcome to attend the event in person at 145 Ocean Avenue in Lakewood.