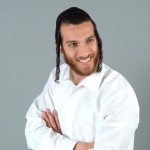 “There will be a much bigger variety of styles on this album,appealing to a much wider audience,” Shnitzler told Jewish Music Report. “There is some very exciting music here, styles that I personally think ‘chasidic music’ hasn’t heard yet.”

Also featured on this album will be guest singers Pinny Ostreicher, Moshe Roth and Moishe Krausz with additional vocals by the Yoely Horowitz choir.

Stay tuned to JMR for more information on this exciting album as it becomes available.