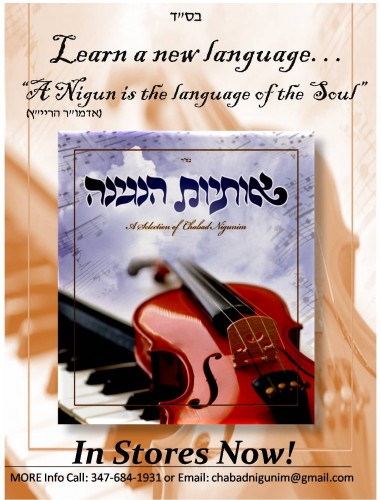 The CD contains a selection of Chabad Niggunim, such as Nigun Fonke, Nigun Simcha, Nigun Reb Meir Shlomo Yanovsky, and others.

The CD was produced by Yisroel Cyprys, with vocals by Yosef Silberstein.

Although there are already a number of such albums available, Cyprys explains why this new production stands out. “In addition to the attention obviously given to the music, that it should be pleasing and well produced, particular attention is given to the nigun itself, so that it is presented with its soulfulness and beauty uncompromised.”

Also included is a 12 page booklet with the background of each nigun.